The 2007 Dakar Rally has just completed it’s third stage and VW must be feeling rather pleased at the moment. At the end of the day Volkswagen factory driver Carlos Sainz has taken the lead of the Dakar Rally. The Spaniard and his French co-driver Michel Perin took second place in the Volkswagen Race Touareg 2 on the third stage in Morocco from Nador to Er Rachidia. 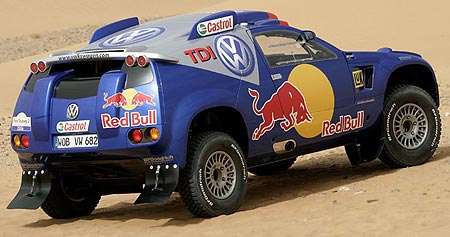 The Race Touareg remains unbeaten in this year’s running of the desert classic with three stage victories and as many days at the head of the leader board.