If hybrid wasn’t a word that’s associated with environmentally friendly cars these days then it certainly would have applied to the Toyota FT-86 concept car for it’s a joint project of Toyota and Subaru. Toyota is providing the body – an all new design from Toyota’s design studio in France – while Subaru is supplying the motor … the same 2-litre Boxer motor that currently powers the Impreza. 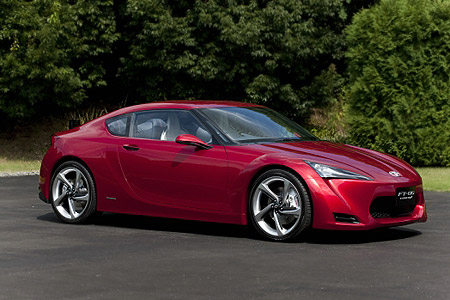 The idea behind the design was to produce an affordable sports car but ‘affordable’ is a relative term and by the time the Toyota FT-86 reaches Australia the price tag could be up over $35,000 … but you do have some time to save for it. The FT-86 isn’t expected to reach Australian showrooms till 2012 at the earliest.