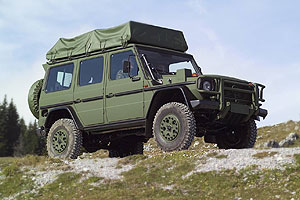 The Australian Defence Force … and in particular the Army … has had a long and lasting love affair with a variety of Mercedes Benz vehicles dating back to 1978 when a number of LA911B fire tankers were purchased.

Since then there have been many of the unmistakable and ungainly looking Unimog off-road trucks, Mercedes-Benz coaches, vans and even some heavy-duty Actros 8×8 trucks.

In October two more Mercedes-Benz vehicles joined the ADF’s fleet and those two are just the first of 1200 specially made G-Wagon off-road vehicles that will serve as ambulances, mobile command posts, personnel transport, specialized 6×6 surveillance and reconnaissance vehicles and general cargo vehicles.

The 1200 vehicles will be supplied in both two and four-door station wagon 4×4 configuration as well as 4×4 cab-chassis utility vehicles and 6×6 single and dual cab chassis.

Many of the specialised bodies will be built by the firm of G H Varley from New South Wales and delivery of the production models will begin in 2011. The ADF plans to use these vehicles all over Australia and the specialised reconnaissance and surveillance vehicles are earmarked for the Northern Territory. 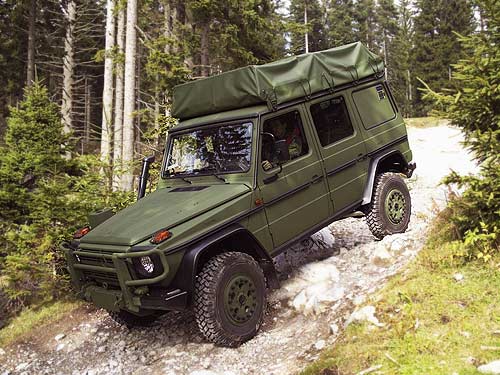 The Mercedes-Benz G-Class has always been known for outstanding all-terrain towing capacity but these days state-of-the-art electronic controls and powertrain technologies have made it even better in the toughest off-road conditions.

Mercedes-Benz G-Wagon for the ADF