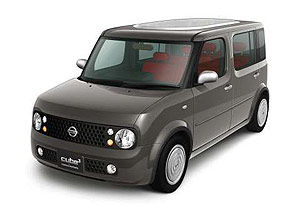 Then there have been some rather ‘different’ cars from Nissan and amongst those is the Nissan Cube. It may not be the best car that Nissan has ever produced but it certainly is one of the most iconic that they’ve produced.

Sadly Nissan didn’t think that Australians appreciated iconic cars so they’ve never been available direct from the manufacturer in this country.

But that doesn’t mean that you can’t have a Nissan Cube of your very own because the International Motor Group who have their headquarters in Lidcombe in Sydney’s western suburbs brings in used Cubes from Japan.

You can see the Nissan Cube lineup that’s currently on the International Motor Group’s lot by following the link.

One thought on “The Nissan Cube”