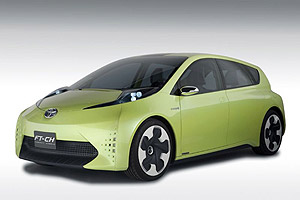 Toyota Motor Sales (TMS), U.S.A, Inc., overnight unveiled the FT-CH dedicated hybrid concept at the North American International Auto Show (NAIAS) in Detroit. The FT-CH is a concept that would address Toyota’s stated strategy to offer a wider variety of conventional hybrid choices to its customers, as it begins to introduce plug-in hybrids (PHVs) and battery electrics (BEVs) in model year 2012, and hydrogen fuel cell vehicles (FCHVs) in 2015 in global markets.

“Within the next 10 to 20 years, we will not only reach peak oil we will enter a period where demand for all liquid fuels will exceed supply,” said Jim Lentz, TMS president. “A century after the invention of the automobile, we must re-invent it with powertrains that significantly reduce or eliminate the use of conventional petroleum fuels. One of many alternatives is through what is commonly called the electrification of the automobile. By far, the single most successful example of this has been the gas-electric hybrid.”

The CH stands for compact hybrid as in compact class and it’s a concept that can best be defined by comparing it with the mid-size class Prius. The FT-CH captures the spirit and functionality of a car that thrives in the inner-city environment; sized right to be nimble, responsive and maneuverable.

“It’s a package Toyota dealers and customers have been asking for,” added Lentz.

The FT-CH was styled at Toyota’s European Design and Development (ED²) center in Nice, France. Compared to Prius, it is 22 inches shorter in overall length, yet loses less than an inch in overall width. In spite of its compact external dimensions, FTCH was designed for maximum passenger comfort and interior roominess, with an imaginative sense of style.

ED² designers looked to capture the vivid, high-energy appeal of what has come to be called the 8-bit generation. Popularized in the early 80’s, 8-bit microprocessor technology dominated the budding home video game industry. Today, 8-bit is considered a specific retro-style that is embraced by such things as 8-bit genre music and 8-bit inspired art.

The direct reference to the 8-bit generation is meant to be fun and innovative, colorful and stylish, with strong appeal to young buyers. Lighter in weight and even more fuel efficient than Prius, the concept specifically targets a lower price point than Prius, thus appealing to a younger, less-affluent buyer demographic.

Pointing to how Prius has become a universal icon for hybrid technology, Lentz confirmed that TMS is developing a Prius family “marketing strategy” for North America that will take full advantage of the Prius brand equity.

“The strategy is still taking shape and obviously it will require additional models to qualify as a family,” said Lentz. “Among others, the FT-CH is a concept that we are considering.” 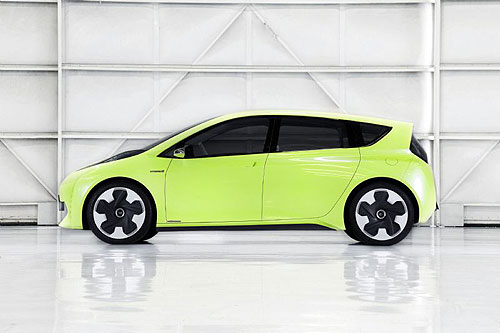 In the early 2010s, Toyota plans to sell a million hybrids per year globally, a majority of those in North America. To accomplish this, Toyota will launch eight all new hybrid models over the next few years. These will not include next generation versions of current hybrids; instead, they will be all new dedicated hybrid vehicles, or all new hybrid versions of existing gas engine models.

The heart of hybrid technology is its battery. Since the early 90’s, during the early stages of first-generation Prius development, Toyota has been committed to in-house R&D of advanced nickel-metal hydride batteries. Through three generations of Prius and a total of seven full-hybrid models, it has systematically reduced size, weight and cost while improving energy density, quality and reliability.

The heart of hybrid technology is its battery. Since the early 90’s, during the early stages of first-generation Prius development, Toyota has been committed to in-house R&D of advanced nickel-metal hydride batteries. Through three generations of Prius and a total of seven full-hybrid models, it has systematically reduced size, weight and cost while improving energy density, quality and reliability.

Toyota’s joint venture partnership with Panasonic has been a key element of its success in the advancement of hybrid technology. Later this year, Panasonic EV Energy (PEVE) will have three separate, fully operational production facilities with a combined capacity of more than one million units per year.

Moving the promise of electrification one step further, Toyota recently kicked off its global demonstration program involving approximately 600 Prius plug-in hybrid electric vehicles. Beginning early this year, 150 PHVs will begin to arrive in the U.S. where they will be placed in regional clusters with select partners for market/consumer analysis and technical demonstration.

The Prius PHV introduces Toyota’s first generation lithium-ion drive battery. When fully charged, the vehicle is targeted to achieve a maximum electric-only range of about 13 miles and capable of achieving highway speeds of more than 60 mph in electric-only mode. For longer distances, the Prius PHV reverts to “hybrid mode” and operates like a regular Prius. This ability to utilize all-electric power for short trips or hybrid power for longer drives alleviates the issue of limited cruising range encountered with pure-electric vehicles. 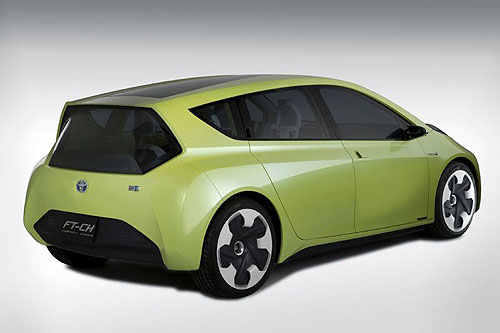 All program vehicles will be equipped with data retrieval/communication devices which will monitor activities such as: how often the vehicle is charged and when, whether the batteries are depleted or being topped-off during charging, trip duration and all-electric driving range, combined mpg and so on.

As it becomes available, data from the program vehicles will be posted to a dedicated Web site. This in use, readily available data will help consumers understand how the vehicles are being used and how they’re performing. Toyota believes this demonstration program is a necessary next step in societal preparation in that it allows Toyota the unique opportunity to inform, educate and prepare customers for the electrification of the automobile in general and the introduction of plug-in hybrid technology.

Toyota is moving quickly with the development of PHV technology well beyond this demonstration program. Advanced battery R&D programs with nickel-metal, lithium-ion and “beyond lithium” are underway for a wide variety of applications in conventional hybrids, PHVs, BEVs and FCHVs.

In the early 1990s, Toyota began R&D on building a practical and affordable hydrogen fuel cell vehicle. FCHV technical advancements have moved at a rapid pace. Engineers have made great strides in cost reduction targets in both materials and manufacturing and Toyota is committed to bringing hydrogen fuel cells to global markets in 2015.

Toyota’s latest model, the Toyota FCHV-advanced began its own national demonstration program late last year. Over the course of the three year program, more than 100 vehicles will be placed in an effort to demonstrate the technology’s performance, reliability and practicality in everyday use.

Recently field tested in southern California by two national laboratories at the request of the U.S. Department of Energy, the FCHV-advanced confirmed an estimated single-tank fuel range of 431 miles. In combined city and highway driving from Santa Monica to San Diego the FCHV-adv logged an estimated 68 miles per kilogram of hydrogen, the rough equivalent of 68 miles per gallon. That range is equivalent to a Highlander hybrid at more than double the MPG with zero emissions other than water vapour. 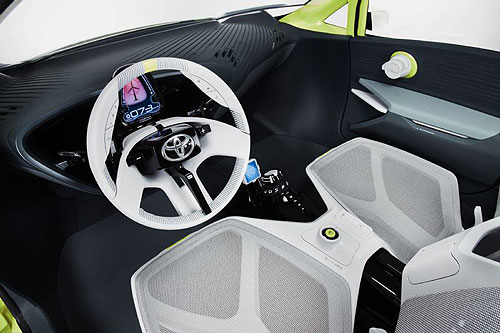 Shortly thereafter, Toyota started a modest demonstration program with a small-battery electric urban commuter vehicle, called the e-com. This concept addressed the idea of the “on-demand” city station car similar to the Zip-car business model that is becoming popular in large urban areas. Although shorter in range, the e-com program addressed a specific mobility niche at a much more affordable price than the RAV4 EV.

The RAV4 EV and e-com programs were short lived due to lack of commitment from the market; the consumer and the consumer’s environmental mind set were not ready to commit to battery electric vehicles at that time. Recent increased awareness of environmental issues and the benefits of advanced technology vehicles have reinvigorated an interest in the electric vehicle market. As a result, Toyota will bring a small, urban commuter lithium-ion BEV to market in model year 2012.

Battery technology has progressed significantly in the time since the RAV4 EV and e-com programs. But major challenges still remain. The cost of lithium-ion batteries needs to be reduced significantly, or a more affordable alternative developed.

Like hydrogen fuel cell vehicles, battery electrics will require the creation of infrastructure for recharging on the go. This issue of range is also a challenge to overcome. Even at 100 miles, BEVs as a primary mode of transportation do not yet offer what most consumers see as true mobility.

Toyota believes these are hurdles that will be cleared. For the last decade its focus has been to concentrate on a comprehensive advanced technology strategy including BEVs, PHVs, and FCHVs. Common to all three is the move to electrification, the full commitment to advanced battery technology and how lessons learned from conventional hybrid R&D have given Toyota a leg-up on all three.