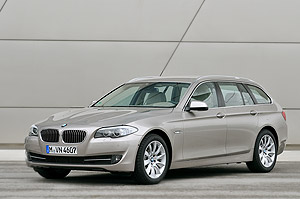 The fourth generation of the BMW 5 Series Touring has been released and if you’re looking for what BMW describes as a “upper mid-range touring car” then you’re search is probably over … well it will be when it reaches Australia.

BMW suggests that the long bonnet, short overhangs and, the longest wheelbase in it’s segment combined with a steeply inclined roofline all go together to give the BMW 5 Series Touring an elegance that others in the segment just can’t match. And there’s no doubt that this is a very classy looking station wagon.

Ride and Handling
The BMW 5 Series Touring features pneumatic suspension and automatic self-leveling on the rear axle as standard while Optional Dynamic Driving Control, Adaptive Drive and Integral Active Steering are options that could be hard to pass on. The optional Dynamic Driving Control allows drivers to set up the vehicle’s suspension to suit their individual requirements. 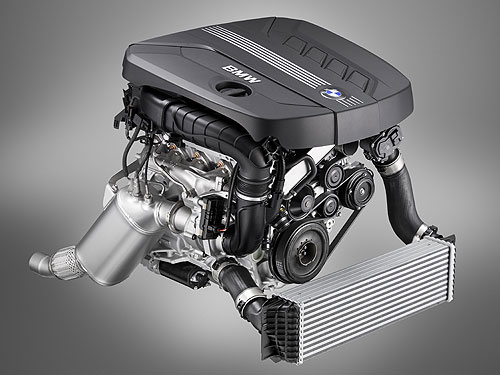 All engines comply with the EU5 emission requirements and the four-cylinder diesel comes with Auto Start Stop as standard. Regardless of which engine option you choose you then have the option of BMW’s eight-speed automatic transmission. 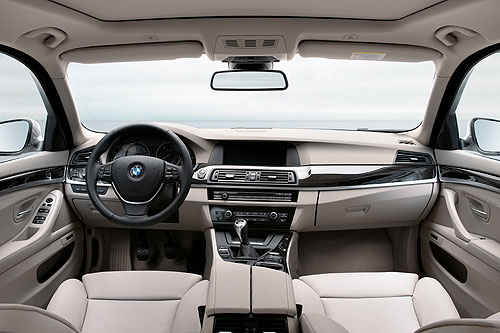 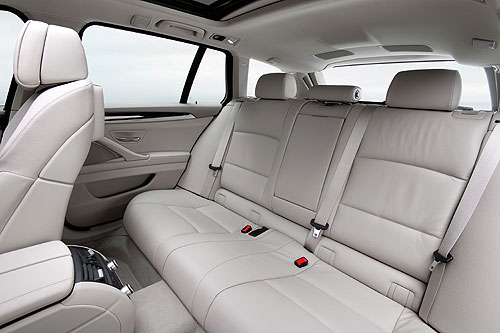 I guess it won’t be long before having a human driver is downgraded to an optional extra.

There’s no word yet on when the new BMW 5 Series Touring will reach Australia but it looks like a vehicle that is definitely worth waiting for. 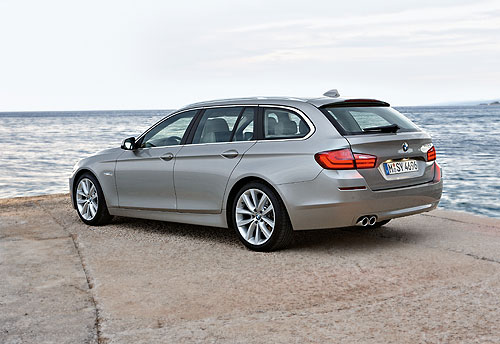