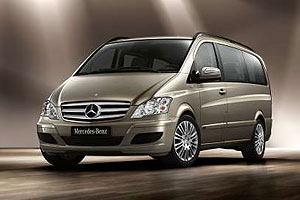 The Mercedes-Benz Viano may not be a vehicle that you have heard of before. Although it has been around for a few years now not everyone is in the market for a luxury people mover and that’s what the Viano is. Even the government thinks that it’s a luxury vehicle and adds a luxury tax to the purchase price.

But if you are in the market for a luxury people mover then the good news is that an upgraded Mercedes-Benz Viano has just been released in Germany. The exterior, the interior, the drive train and the suspension have all been upgraded and now it’s more comfortable and more environmentally friendly than ever before.

The driver hasn’t been forgotten either with the addition of new control buttons and a four-spoke multi-function steering wheel.

Suspension
Both front and rear axles have been revised and specially tuned to match each specific model so that the Viano’s handling is predictable, précis and safe.

Engine and transmission
Four and six-cylinder petrol and diesel engines complete with BlueEfficiency technology that includes an ECO start/stop system and low-resistance tyres mean that emissions have been reduced and fuel economy has been increased by up to 15 percent.

A new six-speed transmission is now standard on all four-cylinder diesel models. 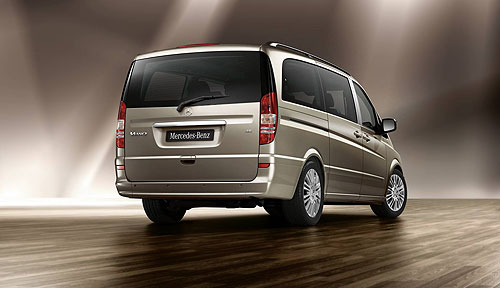 Exterior
A new headlamp design and a re-designed rear end make a clear difference between the new Mercedes-Benz Viano and previous models.

Price and availability is yet to be announced but your nearest Mercedes-Benz dealer may know more.