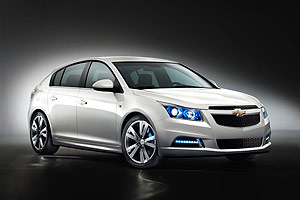 Chevrolet in Europe have released the first images of a five-door Cruze hatchback that will make its first appearance at the Paris Motor Show later this month.

This Cruze hatch will be built in several countries around the world … including Australia and production here is expected to start in late 2011.

Holden Chief Designer Richard Ferlazzo said the project had been a significant undertaking for the studio which had spent more than 12 months working with GM designers from around the world developing the hatch variant. 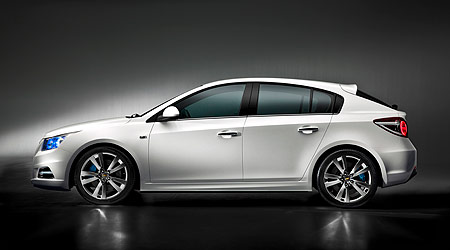 “Our brief was to create an alternative body style to the traditional sedan that retained the same dynamic proportions that has made Cruze such a success around the world,” Mr Ferlazzo said.

“We are very proud of the result which will be tailored further for the Australian market and given an appearance consistent with the rest of the Holden portfolio next year.” 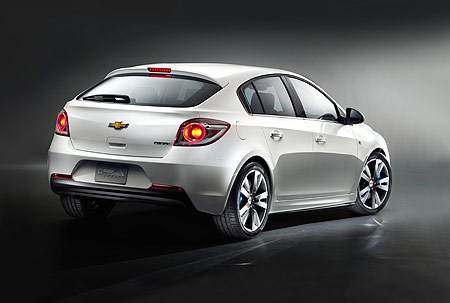 There’s no doubt that the future Holden Cruze hatch has some striking lines and it’s sure to sell well here in Australia … it’s certainly got me interested.