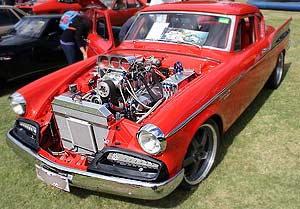 There’s no doubt that this started off as a stock-standard 1957 Studebaker Hawk Coupe and was someone’s pride and joy. But a love affair with a car is often a fleeting thing and eventually this Studebaker Hawk ended up rusting away behind a farm shed.

It wasn’t a pretty sight when Warren Hoffman and his family from Queensland found it. In fact I’m sure most people would have taken one look at the wreck and decided that it was better left where it was … but not Warren.

Warren obviously saw something else other than a rusted wreck when he looked at it and now it’s hard to believe that the red monster you see in the gallery here could ever have looked like that wreck. 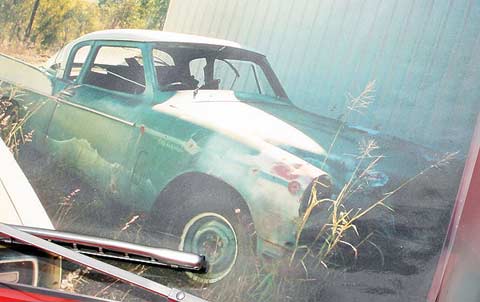 These photos were taken at the Hogs, Rods and Rock show held in Maryborough Qld last weekend. There were some fine cars on display but this was the one that turned the most heads.