Kia have announced their 2006 Kia Optima in the US. The new model is part of Kia’s plan to completely regenerate the Kia product line-up. 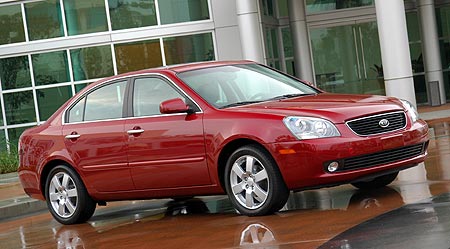 The car comes with a longer wheelbase, wider track, increased horsepower, better fuel economy and improved driving dynamics. The 2006 Optima also comes with six airbags as standard but other safety features such as traction control are only available as an optional extra.

The Optima is powered by a choice of either an all-new 2.4 litre four cylinder motor or a V6 motore.

The new Optima comes with a choice of two transmissions. The base 4 cyclinder model is fitted with a five-speed manual box as standard while the five-speed gated automatic transmission is standard on all other models.

Standard equipment on 4 and 6 cylinder models include: 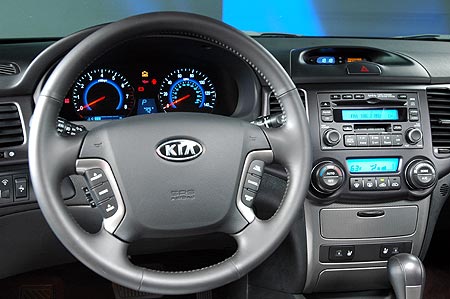 The vehicles will hit the showroom floor in the North American spring and pricing will be annouced closer to the release date.

Kia actually calls this vehicle the 2006.5 Optima – one of the more curious model designations that I have seen.