Proton is a name that has been missing from the Australian motoring scene for a few years now although there are still plenty of the Malaysian built cars out there on Australian roads.

Proton has recently begun another push to grab a share of the Australian market with a range of sedans, hatches and even a small utility reminiscent of the Subaru Brumby. Proton had their range on display at the Brisbane Motor Show and that’s where Aussie Motoring caught up with the Proton Savvy. 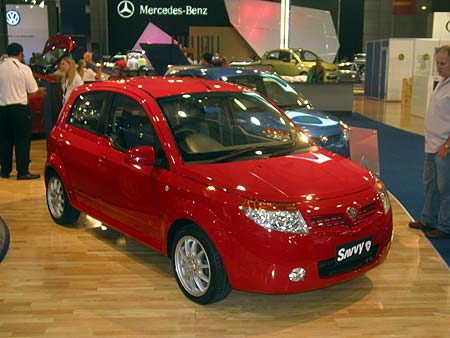 The Proton Savvy is definitely a car of mixed breed. It’s built in Malaysia, it rides on Lotus designed suspension and is powered by a Renault 1.2 litre single overhead cam, multi-point injection motor.

The design includes what Proton calls a Passenger Safety Cell that is designed to disperse impat energy up through the roof. It also has front and rear crumple zones and side intrusion beams to further protect the passengers.

Standard features on the Proton Savvy include:

The car comes with a 5 speed manual gearbox and a 5 speed automatic gearbox is also available. Unfortunately the Savvy will only run on Premium Unleaded but with a fuel consumption of 5.7 litres/100 kms that’s probably not going to be a major hassle for most people. 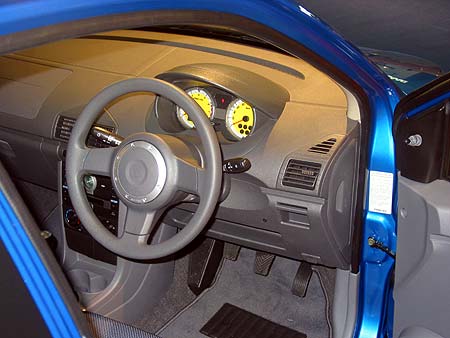 Motor writers seem to like the Proton Savvy and predict that, at $13,990, the Savvy will be competitive on price.

Good points seen by Chris Gable at Carpoint were:

The bad points for the Proton Savvy were:

The other down side to the Proton Savvy is the lack of a dealer network. Here in Queensland the network is limited to Brisbane and the Gold Coast but then that may not be much of a problem either because the Savvy is definitely marketed as a city car.