Kia Motors Corporation today issued a preview sketch of its exciting all-new Carens compact MPV (to be named Rondo in North America), and confirmed that this model will make its world premiere at the forthcoming Salon International del Automovil de Madrid. The Carens will be revealed to the world for the first time at the bi-annual Spanish motor show, held in the capital’s Parque Ferial Juan Carlos 1 exhibition complex from May 25. 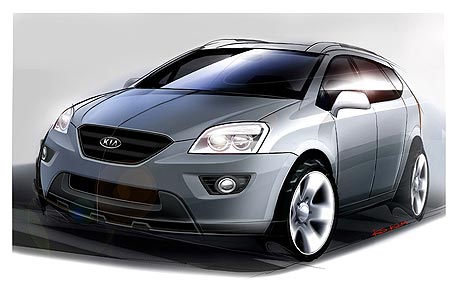 Longer, wider and taller than the model it replaces, the all-new Kia Carens will be available with seven seats for the first time in Europe. The rear seats fold down flat into the boot floor when not required. 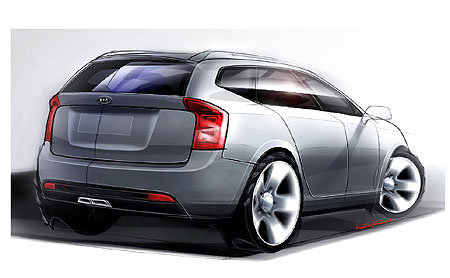 Underlining the importance of the European marketplace to Kia, the Carens launch will be the fifth new model — following the Picanto, Rio, Sportage and Carnival — to make its debut at a European motor show. Full details of the all-new Carens will be announced at Kia’s motor show press conference on Thursday, May 25.