A trip to Brisbane from Hervey Bay on a Sunday afternoon usually takes around four to five hours and even though a some of the trip is along a multi-lane highway up until recently you could expect the traffic to be heavy and moving very slowly on that multi-lane part of the trip.

Last weekend the trip took less than 3.5 hours and the traffic could not have been described as heavy at all. So has the increased cost of fuel finally hit the Australian motorist? If it has what can we expect to see in the short-term future for the Aussie motoring industry?

Already we’re seeing Mitsubishi going from bad to worse as their great white hope – the 380 sedan – turns into a great white disappointment. In fact the 380 has been such a poor seller that within a few weeks of the release of the car Mitsubishi reduced the numbers rolling off the production line and then began discounting the car to encourage sales. 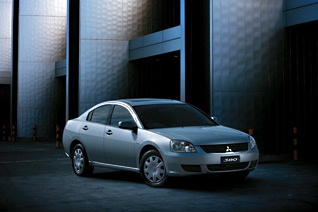 Now the South Australian government is propping up the company by ordering over 680 of the model for the Government fleet. More than 500 of those will be delivered by the end of June.

And there is no doubt that Mitsubishi is in dire need of help; sales of their vehicles – including imported models – fell by 10% over the period from May 2005 to May 2006.

Perhaps the Australian motor vehicle industry will be looking to America for some hint of what’s to come where, despite discounting and other incentives, the US manufacturers continue to fall behind the European and Asian manufacturers.

The only foreign cars to buck the positive trend in the US were Volvo and Mini. 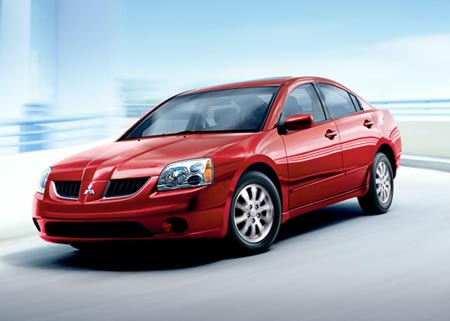 The Mitsubishi Galant – popular with the American motoring public.

The Short Term Outlook for the Aussie Motoring Industry