Skip to content
Posted in General News By Stuart LiveseyPosted on November 13, 2006September 17, 2018

Meet a production sports car with a top speed that’s only limited by the tyres. That’s right, with the best tyres that Bugatti can find they’ve wound the Bugatti Veyron up to around 405 km/h and there’s still something left in reserve. 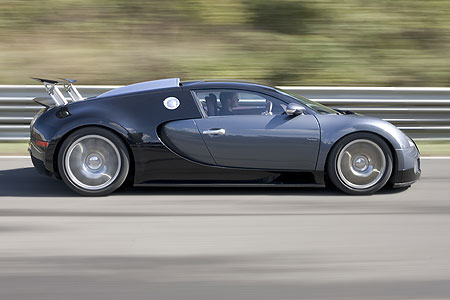 You can have one … if you have the money and can find one for sale. Only 300 were built and they sold for around $US1.5 million – each. One recently sold at auction in London for a reported 1.5 million pounds. 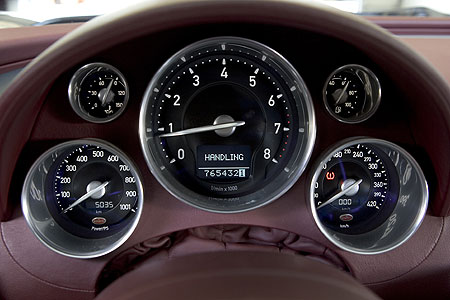 The Bugatti Veyron is powered by an 8 litre double V16 motor fitted with 4 turbochargers and 10 radiators. In this car if it’s fluid then it has at least one radiator for cooling and could have as many as three.

It has a 100 litre fuel tank and at full power you will burn through those 100 litres in about 20 minutes. I’ll leave you to do the conversion. 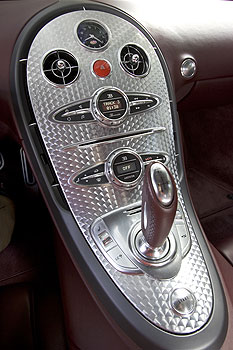