Yesterday we looked at the Renault Megane Coupe Cabriolet – the only convertible on Australian road that comes with a glass roof. You will find a link to that article below. Today we’re going to look at a convertible that won’t be released until the Brisbane Motor Show next month – the BMW 3 series convertible.

2006 was a great year for BMW in Australia as more and more people turned to BMW for their next luxury car. Heck even She-Who-Must-Be-Obeyed and I toyed with the idea of trading in the Grandeur on a beemer. So there’s no doubt that the release of the new 3 Series convertible in Australia is being eagerly awaited..

Sadly while it’s going to be released in Brisbane it’s not going on sale anywhere in Australia till late March.

While the specifications and pricing details for the Australian model are yet to be announced we do know that the BMW 3 Series convertible will come with a choice of 160 kW 325i straight six magnesium-aluminium engine, or the new top of the range all-aluminium Twin Turbo 225 kW engine in the 335i.

It takes just 22 seconds for the fully-lined retractable hardtop to unfold itself from behind the rear seats. The three-piece lightweight steel roof provides both superior sound insulation and extremely large windows for excellent visibility.

Opening the roof is a full second faster than closing, and once stowed, the boot retains a remarkable 210 litres of luggage space. 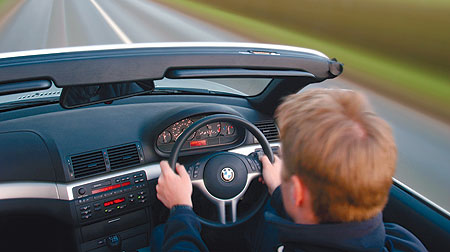 In addition, the rear section of the seat backs fold flat allowing a through-loading system that means bulkier items than ever can be carried securely.