They might be concept cars this year but they will be the basis of models to be released in 2008.

Lexus unveiled their 2008 concept cars at the Detroit Motor Show this week and they certainly are stunning examples of a high-performance luxury sedan and a luxury sports car.

The IS-F luxury sports sedan has some sweet lines that even make me drool. 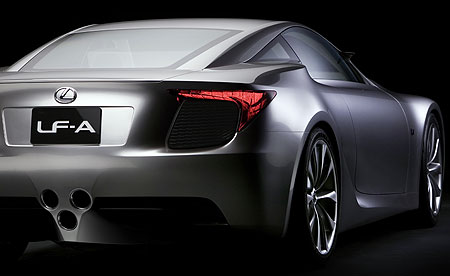 And the lines of the LF-A sports car are just as mouth-watering.