Skip to content
Posted in General News By Stuart LiveseyPosted on August 14, 2007September 17, 2018

Worthless bits of paper or genuine peace of mind? 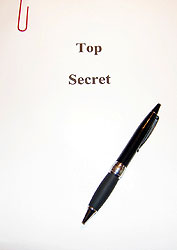 I turned the office chair warranty down; it only kicked in after 12 months and, because of what I do, no office chair lasts longer than 12 months. But my friend thought there was value in his extended warranty and he took it.

Sadly now he’s finding out that it was really just a total waste of money.

The first time he tried to claim on his warranty was when a front shock absorber needed replacing. Now we all know that shock absorbers should be replaced in pairs so you would think that the warranty would cover the replacement of both; and you would be mistaken.

They pay their claims based on what they could buy the parts for in Sydney; not what they cost where their client happens to reside. Of course they’re also going to shop around for the best price while anyone who lives outside of a capital city is going to be limited in where they can buy genuine parts.

That same scenario has been repeated for my friend on two more occasions and now he doesn’t even bother lodging a claim when something goes wrong with his car.

So think carefully and be sure to read the fine print before accepting the next extended warranty offer made to you by a smiling salesman. The only people likely to benefit from that warranty is the company who provides the warranty and the salesman who convinces you that you need it.