Skip to content
Posted in General News By Stuart LiveseyPosted on December 12, 2007September 17, 2018

BMW and Daimler were at the bottom of the list and VW could only manage to appear in 9th position.

The manufacturers were graded on the fleet emissions for 2006 and Peugeot had an average of 142 grams of CO2 per kilometre. But in the future Peogeot and the other car manufacturers are going to have to do much better because the European Union expects all European car makers to reduce their emissions to an average of 120 grams per kilometre by 2015.

Back in 1904 though things were much different and the Peugeot didn’t have to worry about emissions when it built this beautiful little machine. 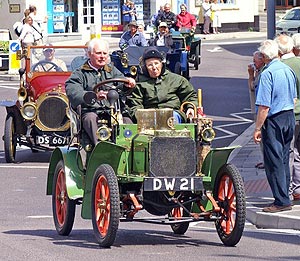