Skip to content
3 Comments on Cheap Hybrid Cars in Australia?Posted in General News By Stuart LiveseyPosted on June 2, 2008September 17, 2018

That could be about to change though and as early as 2011 we could be seeing cheap hybrid cars arriving here in Australia.

This is the Honda CRZ concept car. It’s powered by a low-cost petrol-electric engine and Honda plans on developing this concept into a global car that it will sell around the world. 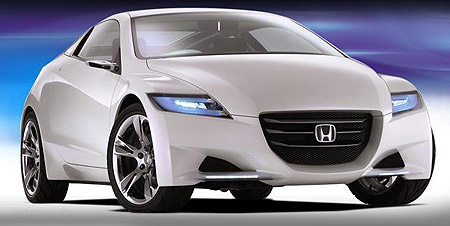 Drive.com is reporting that a 5 door version of this concept could hit the streets of Australia by 2011.

And the bottom line? Honda is aiming to have this in the showrooms for a price in the mid $20k range.