Kia has come up with new and very different way of saving fuel and even the name is a little unusual. Called Idle & Stop Go – or ISG for short the system will soon begin to appear in Kia’s European small car the cee’d.

It represents another step in the Korean Corporation’s continuing and massive investment in eco-friendly technologies for the future. Intensive R&D programs are developing hybrid, fuel cell and electric vehicles for volume production in the next decade. 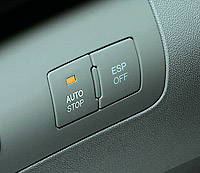 Kia’s innovative ISG system automatically switches the engine off when the car is stopped in traffic and restarts the engine instantly when the driver wishes to move again. In typical city driving conditions, with heavy traffic and constant stop-start motoring, the ISG system dramatically cuts fuel consumption and emissions by up to 15%. In everyday mixed driving over town, country and motorway routes, the officially measured fuel saving is 6% on the combined cycle.

As part of the ISG system for cee’d, a new “smart” starter motor is linked to an upgraded ECU, which monitors the car’s status at all times. When the car comes to a stop, such as at traffic lights, the ECU uses information from various other control systems around the vehicle to decide if switching the engine off is appropriate.

A new “smart” high-efficiency alternator suppresses electric power demand during acceleration and recharges the car’s battery during deceleration. As a fail-safe if the car’s battery power drops below 75% of maximum for any reason, or there is insufficient energy available for the next start-up, the system will abort its Idle Stop & Go program. 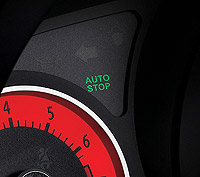 While the car is stationary, if the clutch pedal is depressed, the engine is instantly re-started automatically so there is no delay in setting off as the engine re-starting process is accomplished in the time it takes the driver to select first gear.”

“In Europe, the Kia cee’d has rapidly established itself as a genuine rival to class-leading vehicles in the C-segment” enthuses Mr Panu Vainamo, General Manager Marketing, Kia Motors Europe. Now, we are proud to transfer some of the “green-performance” features shown on earlier Kia concept cars into our 2009 production models. The ISG innovation will maintain the cee’d as a highly competitive challenger in its class, with a CO2 rating from just 137 g/km.”

The new ISG-equipped Kia cee’d cars will also benefit from a new-generation, lighter weight manual gearbox which more than offsets the small extra weight of the ISG system components. Made in Europe, this new five-speed transmission weighs 5 kilos less than the previous unit and features a new selector mechanism. Gear-changing forces are reduced, reverse is synchronized with fifth gear for easier selection and the overall “feel” of the transmission is significantly improved.

In Europe, Kia cee’d ISG cars will be available with a choice of 1.4-litre and 1.6-litre gasoline engines and the three cee’d family bodystyles – five-door hatchback, five-door sporty wagon and three-door pro_cee’d.

Pricing and availability for Kia cee’d ISG models will vary across Europe to suit individual market conditions. Later during 2009, similar ISG technology will also be made available for the 1.6-litre diesel Kia cee’d and ISG technology appear on other Kia models in 2010 and beyond in numerous markets outside of Europe as well.