Here in Australia we’ve already got the Holden Colorado … the Toyota Hilux … the Nissan Navara … the Mitsubishi Trident and the Chinese Great Wall Ute (said to be selling like hot cakes) and now we’re about to have yet another 4WD dual-cab ute – the Volkswagen Amarok.

The Amarok is already in production at Volkswagen’s plant in Argentina and it will be released around December 11 and it should be here some time next year. Volkswagen have released few details about the Amarok but we do know that it will be available in petrol or diesel models and the claim has already been made that the diesel version of the Amarok will have a range of 1,000km. 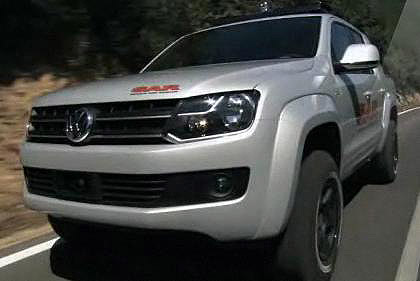 It shows quite a stylish looking vehicle that seems to be a little lacking in tray space so your average tradie who wants a work and recreational vehicle probably won’t be chasing one of these.

The vehicle you will see in that movie is fitted out for left-hand drive but Volkswagen has no plans to release the United States even though Volkswagen claims to have tested the Amarok there. Instead the Amarok will be sold in South America, Asia, Africa and Australia.

Over the last few weeks Volkswagen has been revealing more and more of the Amarok in the Amarok newsletter so it won’t be long before we get to see the complete vehicle. 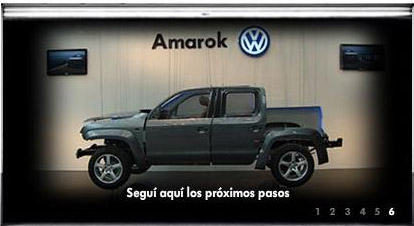 Yet Another 4WD Dual-cab Ute Heading for Australia