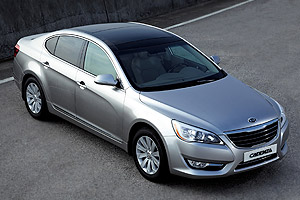 Kia has been missing from the lower-end of the luxury car market in Australia for quite some time since the Optima disappeared from the showrooms but now that may change in January next year when Kia begins production of their new Cadenza for the export market.

When you cut through all the marketing hyperbole that you find in press releases from Kia you end up a four-door sedan powered by a 3.5-litre V6 with quad-overhead cams driving a 6 speed auto box that also offers a sequential manual mode. The fuel economy isn’t wonderful with a combined figure of 9.36L/100km and 223g/km of CO2.

Did someone miss the memo about cutting fuel consumption and emissions?

The Kia Cadenza will come in two trim levels with the top of the range bells and whistles including dual-zone climate control, keyless entry, RPAS reversing sensors, a reversing safety camera with interior mirro display screen and a powered extension for the dirver’s seat cushion. 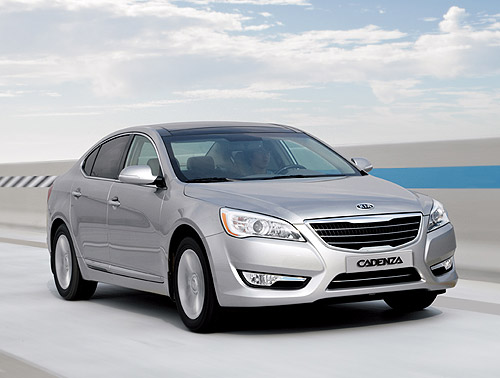 Other “sophisticated” bibs and bobs include a ‘welcome’ system that turns on the exterior puddle and interior light “to greet the car owner”; an interior mood lighting strip that runs across the dashboard and all around the door trims to “creat a warm ambiance within the vehicle” and an additional large mood lamp that runs down the centre of the cabin ceiling. 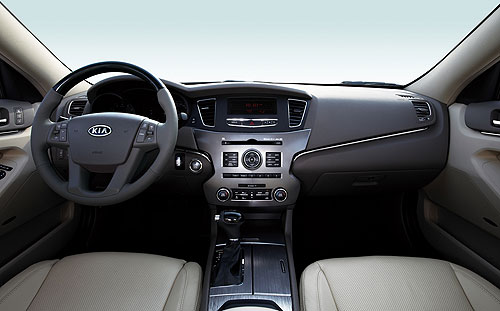 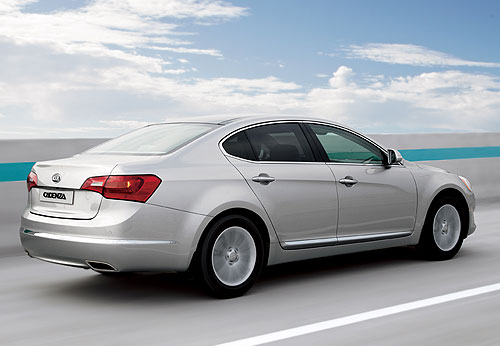 The first public sighting of the vehicle will be at next month’s Riyadh Motor Show and the Cadenza will go on sale in what Korea calls the “General Markets” (that includes Australia) in March next year.