Skip to content
1 Comment on What the Heck is THAT?Posted in General By Stuart LiveseyPosted on December 7, 2009September 15, 2018Tagged Korando, SsangYong, SsangYong Korando 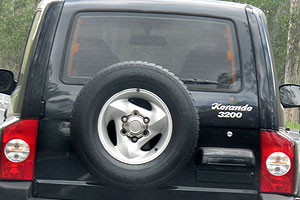 So we’re heading home on the highway between Grafton and Ballina … the music’s playing … the camera is tucked away in the glove box and I’m looking forward to becoming the passenger when we reach Woodburn … everything is mellow … Toyotas abound and from a car nut’s point of view things are just a little boring.

Then we hit a passing lane and from about two cars back comes this strange black 4WD … she who must be obeyed has the camera out of the glove box as it zips by. She’s taking photos and I’m trying to work out who the heck makes a Korando.

That was our meeting with one of just 250 SsangYong Korando 4WDs that were imported into Australia between 1998 and 2005. The Korando is powered by a Mercedes petrol or diesel engine built under licence in Korea and the ‘3200’ on the rear of this vehicle indicates a 3.2 litre petrol engine.

Early Korandos (built prior to 1998) could be confused with a Jeep but by the time they arrived here in Australia the Korando looked like nothing else on earth. Unfortunately we didn’t get a photo of the front but if you search Google for Korando you’ll fine them and they’re definitely ugly … eye-catching but oh so butt-ugly.

Because so few were imported into Australia the lack of readily available spare parts seems to be the biggest complaint among owners and there are stories online of owners having their Korando off the road for six to eight weeks waiting for parts. 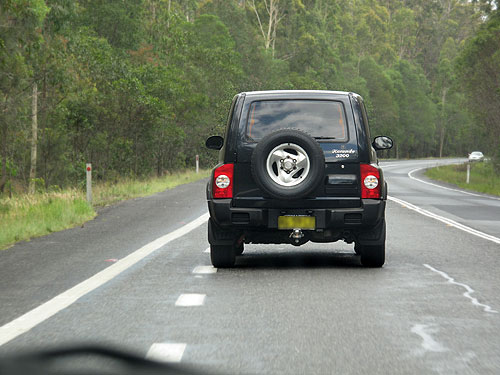 It seems that the Korando uses an unusual cable gear shift and that seems to be the major weak-spot in the Korando’s design. At least one Korando driver always travels with a spare just in case.

What the Heck is THAT?