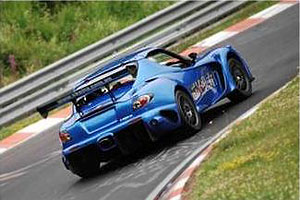 It’s true … the Australian-built Skelta G Force was initially declined an entry in this year’s Mount Buller Sprint because it was “too fast”.

In 2007 Ray Vandersee driving the same model … minus a supercharger … won the event but this year the only way the Skelta was going to be allowed to compete in the event was if the supercharger was removed. So once again the Skelta competed without a supercharger and despite being down on power Ray and his navigator, John Allen, still managed to finish fourth outright.

Next year the Skelta will be allowed to compete with a supercharger.

We’ve written about the Skelta before and you can find that article and more images by following the link.

Refused Entry Because You’re “Too Fast”?