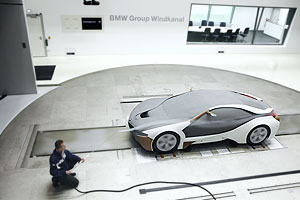 That’s certainly what I thought when I first set eyes on it but it could be that I was wrong … ok so if you ask she-who-must-be-obeyed she’ll tell you that I’m always wrong. Anyway, regardless of whether I can see the future or not, the story is that around 2012 we will see a a new hybrid M1 sports car that has been inspired by the Vision Efficient Dynamics concept.

While not many hybrids can boast of a 4.4-litre twin-turbo V8 (apart from the BMW X6 ActiveHybrid) that’s what’s likely to go into the hybrid M1.

The design features of the Vision Efficient Dynamics concept included: 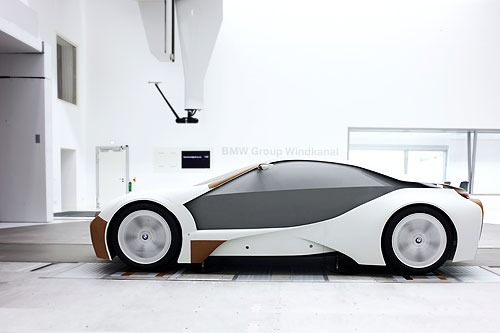 Whether any of those features appear in the hybrid M1 remains to be seen but I’m a sucker for gull-wing doors and the overall design of the Vision Efficient Dynamics concept car certainly is pleasing to the eye and it wouldn’t hurt sales if those lines were retained in the hybrid M1.