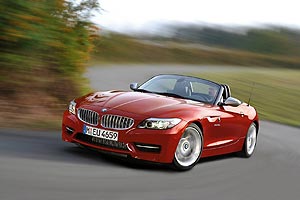 Currently the most popular version of the Z4 in Australia is the sDrive35is and it accounts for 44% of all Z4 sales and so next year … probably around May BMW will be introducing the latest Z4 sDrive35is.

It’s official debut will be at the Detroit auto show next month and for it to be in Australia just 5 months later shows how popular the Z4 is in Australia.

The new Z4 sDrive35is certainly comes with some impressive times and it’s modified straight-six twin-turbo engine only needs 4.8 seconds to reach 100km/h from a standing start and that gives it acceleration times that are comparable to the six-speed BMW M3 Coupe.

The new BMW Z4 comes with a seven-speed Sport Automatic transmission with double clutch operation. Despite increased performance fuel consumption and emission levels are the same as the model it replaces. 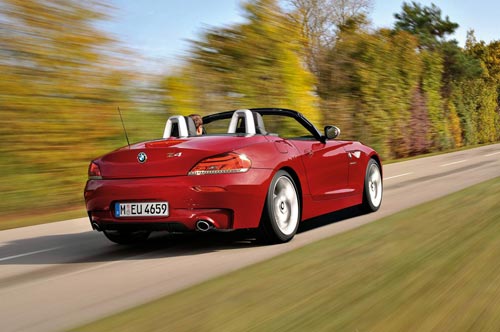 BMW sees the new Z4 as giving a much needed boost to some rather flat sales.

“Total sales of all sports cars in the segment above $80,000 have been stuck in neutral this year, but the new Z4 Roadster is one of the few to defy this trend. Customer deliveries have doubled from the run-out volumes of the predecessor model last year and monthly sales are tracking at their highest levels since the Z4 nameplate was first introduced back in 2003.

“As we move into summer, we’re seeing a further increase in customer orders for the new Z4 Roadster, which combines classic proportions with modern sportiness. The more powerful Z4 sDrive35is will no doubt be eagerly sought after by roadster aficionados,” he says.