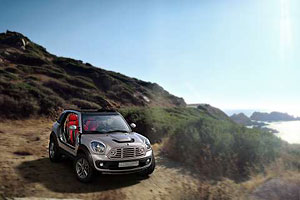 I saw the photo before I saw the press release and the very first thing I thought of was ‘this is BMW’s version of the Mini Moke of years gone by’.

And what does the press release say about the Mini Beachcomber? “… inspired by the infamous Mini Moke” .

I’m not sure what was so “infamous” about it … it certainly suited the Australian climate but there’s no doubt that there’s a touch of Moke in this latest concept car from BMW.

Based closely on the brand’s fourth model planned for international release in late 2010, the MINI Beachcomber Concept will make its debut at the North American International Auto Show (16–24 January 2010) in Detroit. 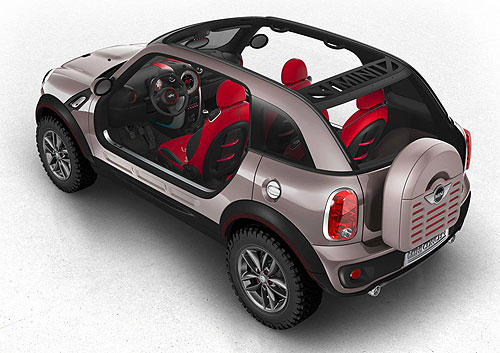 Utilising the drivetrain and design elements of MINI’s pending compact SUV, MINI is now demonstrating its potential for further enhancement and diversity through another spectacular concept car.

“It’s an exciting look at what the future could hold for MINI. If the MINI Beachcomber Concept did eventuate I think it would be very well suited to the Australian landscape and way of life, especially given our propensity for coastal living and appetite for adventure, leisure and fun,” said MINI manager, Justin Hocevar.

The MINI Beachcomber Concept is ideal for a spontaneous and active experience offered by the car’s modern drivetrain technology and space concept to ensure a highly emotional driving experience, whether it’s cruising through town, enjoying rough tracks in the mountains, or breezing along the beach. 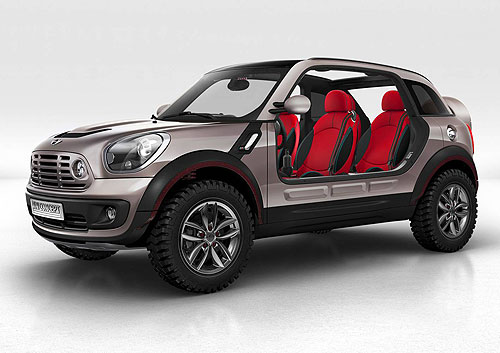 The driver and passengers can also enjoy the driving pleasure of the MINI Beachcomber Concept in everyday traffic retaining its unmistakable character even in adverse weather conditions. The concept vehicle is complete with a soft roof as well as lightweight door and roof elements that can be fitted easily and conveniently within moments, reflecting the vast flexibility of the vehicle.

Through its robust and versatile character, the MINI Beachcomber Concept follows in the footsteps of the Mini Moke, which, back in the 1960s, quickly became the epitome of adventurous motoring to suit an array of leisure and sports activities in sunny coastal regions. 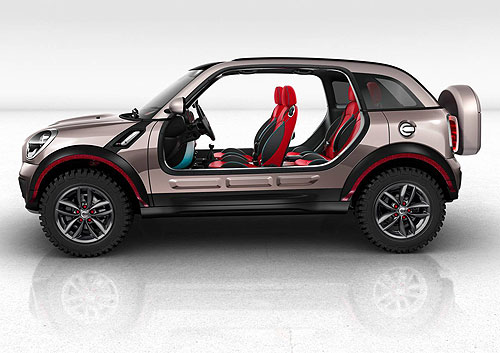 Measuring approximately four metres in length the MINI Beachcomber Concept offers supreme variability and spaciousness for active leisure as well as a high level of safety through its robust structure and to guarantee maximum occupant safety at all times.

Another Mini Concept – the Beachcomber