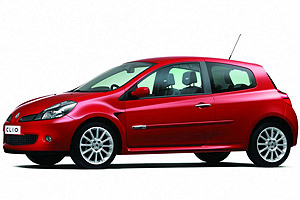 The Renault Clio 197 will be represented in the Armor All Bathurst 12 Hour Showroom Enduro 12 – 14 February 2010, the first time a Renault has raced on the mountain since Alan Jones raced the Williams Renault Super Tourer at the Bathurst 1000 in the late 1990’s.

Richard Gartner will be entering the car the Safe-T-Stop Renault Clio as number 97, referring to the model code (Renault Clio 197) in the Class D Production Sports category.

“The Clio was purchased brand new from Northshore Motors, Hornsby, who will also be servicing the car. “The car will run on German KW Suspension components, fitted and supplied by East Coast Suspension, Kirrawee and it will also use a Limited Slip differential designed by Drechsler Motorsport in Germany,” explained Gartner. 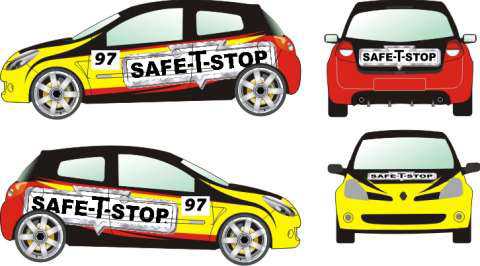 Gartner took out the 2009 Bathurst 12 Hour class F (Production Sports) in a Honda Integra and will be driving the Renault 197 with GT Champion Mark Eddy. The two have both competed in the 12 hour Sepang and Gartner also boasts regular drives in the 24 hour Nurburgring and Dubai 24 Hour. The two are yet to be joined by a third driver but are feeling confident in the cars ability.

“The Clio will circulate in the mid to low 2 minutes 40 second bracket and should be very reliable. We will try to get through the race with as few pit stops as possible and aim at a class win and top 12 outright,” said Gartner.

The Renault is just one of many cars that have recently entered the Event and is expected to challenge the Honda Integra and Toyota Celica domination of the class in previous 12 Hour Events.

“We are still two and a half months out from the race and expecting up to 40 entries in total,” said Event promoter James O’Brien.

The Armor All Bathurst 12 Hour Showroom Enduro is now in its 4th year, with a grid of over 50 cars expected to compete. The race features production cars in a class structure representative of the mass road-going market. BMW, Mitsubishi, Ford, Holden, Nissan and Subaru are expected to compete for outright honours, while an Alternative Energy class is open to diesel, hybrid and LPG entries.

The Event will be televised in a 3 hour special on the SEVEN Network, through Fox Sports, New Zealand and other International Markets