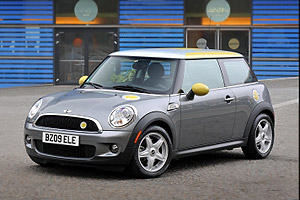 Cold weather such as hit America’s mid-west and north-east last week is beginning to send cold shivers down the spines of engineers involved in every car maker’s electric vehicle programme as the batteries that power their vehicles suddenly begin to lose their charge.

Batteries have never functioned well in cold temperatures and the battery in the Mini E is apparently no exception with owners finding that after a full charge the range of their vehicles was almost halved in temperatures of around -5 Celsius. One rather vocal Mini E driver found that instead of having a normal range of 160km after a full charge his battery meter was telling him that his battery was flat after just 88km.

There are other considerations here including the age of the battery and the drain on it caused by running with the heater on full but it’s the effects of the cold that seems to be the major problem and one that will have to be overcome if electric vehicles are to be of any use to motorists in cold climates.

However there is a question that has to be asked here … why is the Mini E having problems in cold weather when the Norwegian-built Think seems to handle cold European winters without any complaint?

Here in Australia temperatures of -5 are not uncommon in large towns along the Great Divide and they’re not unknown in our nation’s capital.