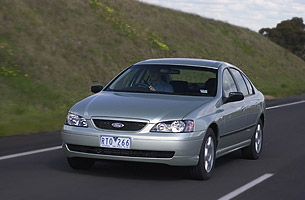 Ford’s commitment to continuous product enhancement continues to pay off, with two of the most popular Falcon sedans, the XR6 and G6E obtaining improvements in fuel economy and C02 emissions.

These improvements have been engineered without any degradation in the vehicle’s performance.

“Ford is committed to improving fuel efficiency and emissions levels in all their vehicles and not just when we launch a new model. It is something we continue to chip away at to ensure that we continue to help our customers reduce their operating costs.”

These improvements are available on FG Falcon XR6 and G6E sedans produced from 1 April 2009. They will be available in New Zealand from late April.

Ford Reduces Emissions and Improves Fuel Economy in the Falcon