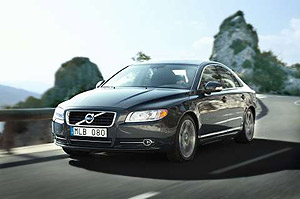 Volvo announced some wide-ranging changes today for the Volvo S80 to ensure that it remains a serious contender in the Australian luxury segment.

Not only does the S80 get a new grill but there are changes in the cabin and under the bonnet and some model rationalisation as well.

For 2010, the S80 D5 with its new 151kW twin turbo diesel engine adopts all-wheel drive as standard, while extra safety features have been added to the top of the line V8. Included in these new safety features are Lane Departure Warning with Driver Alert Control, Blind Spot Information System (BLIS), Adaptive Cruise Control with Collision Warning and Auto Brake functionality as standard equipment.

In addition, the 2010 S80 range will now see Volvo’s R-Design pack added as a model variant as opposed to an option. 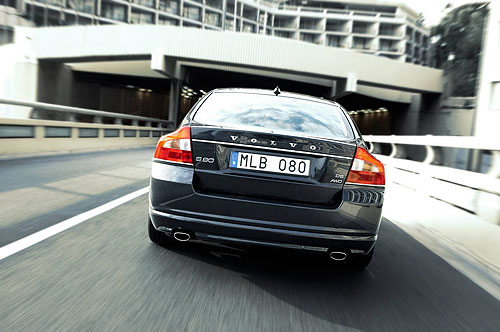 The adoption of all-wheel drive for the new D5 means all S80 models – D5, T6 and V8 – now feature the advanced technology.

Volvo’s all-wheel drive system employs a Haldex clutch to distribute power between front and rear wheels according to road and driving conditions. It features Instant Traction, which sets a bias of approximately 80Nm favouring the rear wheels when starting on slippery or loose surfaces.

Volvo’s VNS navigation system, that is standard on V8 and optional of T6 and D5 models, gains a new black background with greater contrast in the menus and more user-friendly icons to further improve ease of operation. 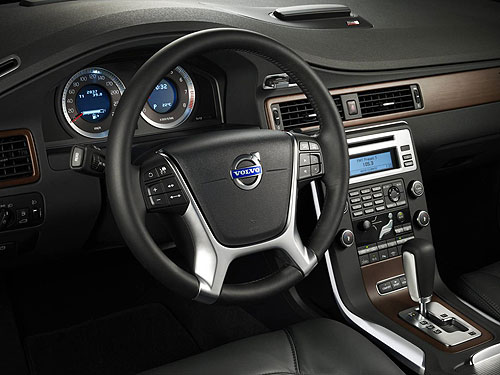 To further enhace the S80’s interior Volvo have added deco inlays for both the new four-spoke steering wheel and the gearshift, while the floating centre console and ignition key bezel are now set off by aluminium inlays. Ergonomic window switches, new aluminium trim and Dynamic upholstery have also been added to the Volvo S80

New switches for the power windows and lighting for the interior door handles add to the quality and convenience of the interior. Chrome front, rear and side eyeliner also distinguish the 2010 Volvo S80