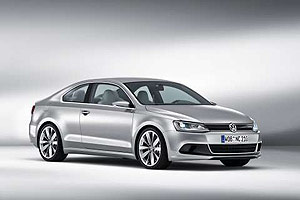 Volkswagen has just unveiled its latest concept car at the Detroit Motor Show and let’s hope that this is a concept car that hits the production line.

While the photos show a car that certainly is eye-catching it’s what’s under the bonnet that should really grab our attention. Imagine a car that do 0-100km/h in 8.6 seconds and has a top speed of 227km/h … yeah I know that’s interesting but not spectacular … but then I’ve got to tell you that this is a hybrid.

Yes, that’s right … the VW Compact Coupe is a hybrid and it will give you a fuel consumption of just 4.2L/100km … and suddenly this car is starting to get more than just interesting.

The Powertrain
The VW Compact Coupe is powered by a high-tech 110 kW TSI petrol engine and a 20kW electric motor and they all pass their power to the wheels via a seven-speed Direct Shift Gearbox – an automatic box that takes the hard work out of changing all those gears. 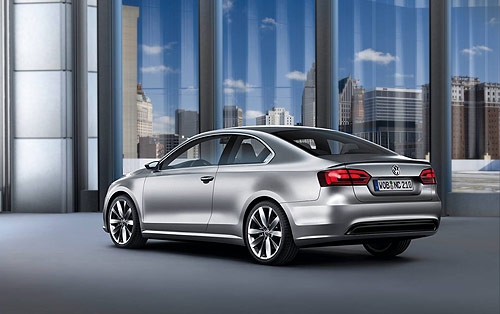 Like just about every hybrid on the market today the VW Compact Couple is designed to recharge the battery when coasting and the vehicle is also fitted with Volkswagen’s Stop-Start technology that switches the motor off when the car is stopped in traffic.

Frequently coasting
While the thought of running around in angel gear tends not to appeal to me it may well be the future for fuel efficient hybrids like the VW Compact Coupe.

As soon as the driver releases the gas pedal, the TSI is disengaged from the transmission. This so-called “coast-down” is even possible at higher speeds, as in freeway driving. Since drag losses are eliminated here too, the Compact Coupe coasts for a very long time. 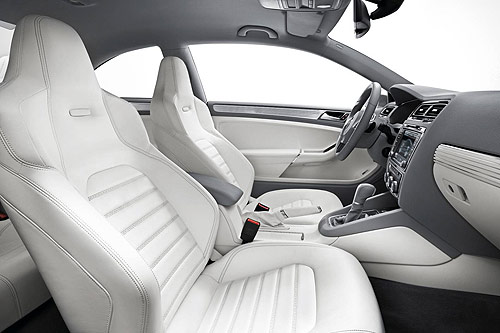 VW believes that coasting will promote an anticipatory style of driving and that will lead to reduced fuel consumption. Of course getting modern day drivers to look further down the road than the end of their car’s bonnet and to drive according to what they see may not be easy.

The dashboard
VW believes that the he instruments are laid out ideally. The new multifunction sport steering wheel is the key interface between human and machine.

The hand rests naturally on the gearshift lever of the 7-speed DSG‚ and in front of it the control panel sports newly designed controls for the automatic climate control system (Climatronic), the 8-inch touchscreen for the radio-navigation system – also a new design – and at the top of the panel the hazard flasher switch and centre air vents. 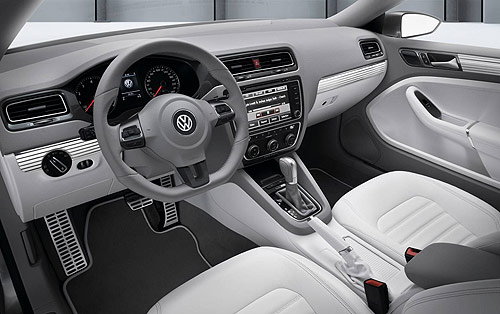 The centre console’s control panel is angled slightly toward the driver to perfectly align the cockpit to the driver’s needs. Also optimally laid out for viewing are the round instruments with their chrome bezels; the multifunction display (trip computer and additional navigation display) is placed between them.

Upgraded with metal surrounds are all air vents, multifunction keys on the steering wheel, radio-navigation system, climate control, DSG gearshift unit, white accents of the door trim and instruments and switch panels (window lift and mirror adjustment) in the doors. 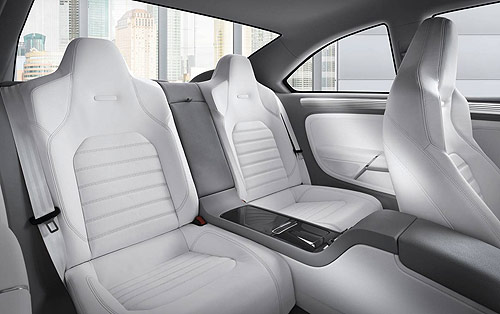 While the car is labeled a concept I think that you will see this vehicle in production within the next few years. Volkswagen obviously doesn’t want to be left behind in the race to produce the best hybrids and if all this technology works the way VW says it does then the Compact Coupe should be popular with buyers.