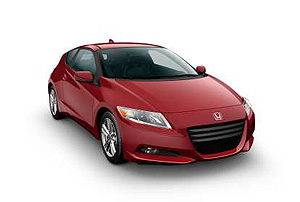 It is a unique hybrid car, combining the advantages of an efficient petrol-electric hybrid engine with a 6-speed manual transmission in a stylish coupe body. Honda wants this car to change current perceptions of hybrids, with its driver-focussed chassis and responsive engine assisted by the IMA parallel hybrid system.

The CR-Z ‘s exterior is designed around a ’One-Motion Wedge’ concept with a low bonnet line and wide track, giving the car an athletic look. Signature Honda design features including the split-level rear glass hatch and raked roofline have been referenced in the design then combined with a curvaceous and deeply sculpted exterior form. 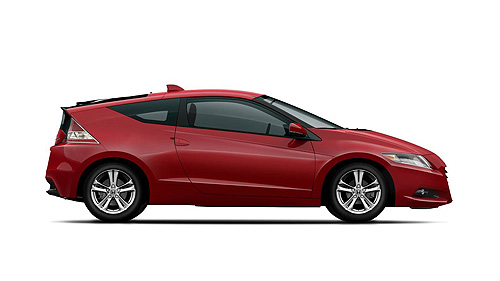 The manual transmission is connected to a 1.5 litre 4-cylinder engine and is a key component in the CR-Z’s unique character. The revvy nature of the engine is enhanced with an additional 78 Nm of torque provided by the 10kW electric motor, located between the engine and transmission.

The 1.5 litre engine combined with the power and torque of the IMA parallel hybrid system gives an overall power output of 91kW and 174 Nm of torque. The peak torque figure is identical to that of the 1.8-litre Civic and with 35 g/km lower CO2 emissions of just 117 g/km*. 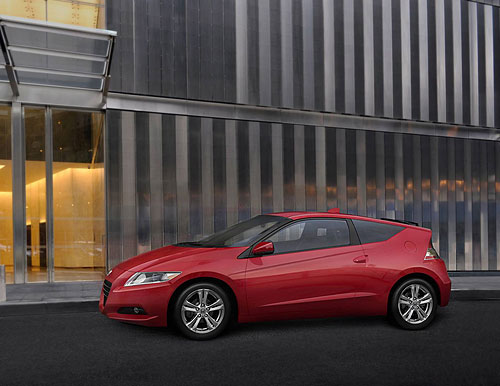 To maximise driver choice and enhance the driving experience, the CR-Z has been fitted with a 3-Mode Drive System. This unique feature allows the driver to choose between three driving modes, which alter the responses of the throttle, steering, idle stop timing, climate control and the level of assistance provided by the IMA system.

In developing this 3-Mode Drive System, Honda is giving drivers the choice to maximise enjoyment, economy or strike a balance between the two. Honda’s engineers wanted to give customers more choices in how the CR-Z would drive, depending on their needs and desires at the time.

The shallow raked roofline and short tail of the CR-Z is a feature shared with other Hondas, past and present. This design creates minimal disturbance, lowering fuel consumption and therefore emissions.

The interior has been developed from the 2007 Tokyo Motor Show CR-Z Concept, with its 3D displays and driver focussed cabin. The high-technology instrument binnacle places all of the commonly used controls close to the driver’s hands, allowing full concentration on driving at all times. 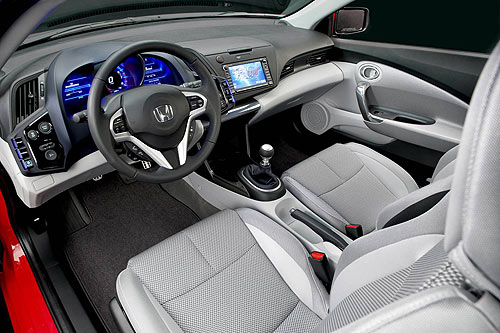 The dashboard has a two-level construction, with a dark upper portion appearing to float above a light grey lower dash section, which continues into the inner door panels.

Driver enjoyment was the core of the design brief and character of the CR-Z. The platform shares some components with the Insight, but the wheelbase, track width and set-up are all bespoke for the new hybrid. Forged aluminium MacPherson struts have been used in the CR-Z to reduce weight and increase strength over the pressed steel items used in the Insight.

Overall, the CR-Z has a 115 mm shorter wheelbase and is 295mm shorter in overall length than the Insight, enhancing agility and reducing kerb weight by 44 kg compared to its 5-door, five-seat, family car cousin. The CR-Z’s suspension features unique spring and damper settings and tolerances.