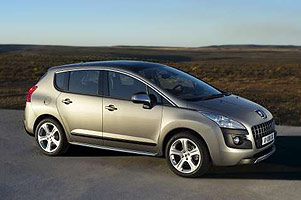 The Peugeot 3008 has won the top award at this year’s What Car? Awards.

The What Car? Awards are said to be the United Kingdom’s most respected and sought-after car awards and this year their Car of the Year award went to the Peugeot 3008.

The Peugeot 3008 is a compact crossover SUV that features some interesting new technology, fuel economy and low emissions from a 1.6L engine that comes with either a five-speed manual or six-speed automatic transmission. Peugeot claims that these combinations will return 4.9L/100 km and produce only 130 grams of CO2 per kilometre.

The Peugeot 3008 is not currently available in Australia but it should be released here during the second quarter of this year.

Peugeot 3008 Tops the Polls in the UK