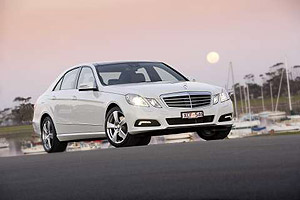 The Mercedes-Benz E-Class has emerged the winner of the largest vote to establish Germany’s most popular car; and it has won by a wide margin.

In recognition of this, the motoring organisation ADAC has now presented this public favourite from Stuttgart with the coveted “Yellow Angel 2010” award. These awards, which are named after the ADAC’s friendly breakdown assistance personnel, were presented today at the Allerheiligen Church in Munich in the presence of the Federal German President, Horst Köhler, and invited guests from the business and political world.

This is the sixth time that the ADAC has presented the “Yellow Angel” awards – also known as the “Oscars of the automobile industry” – for outstanding performance. Consumers have come to appreciate this seal of approval as a valuable buying guide, as the award criteria not only include design and image, but also the price/value ratio, practicality, economy, safety and environmental compatibility.

The contenders were 47 vehicles that had been newly launched in 2009. Around 19 million readers of “ADAC Motorwelt”, as well as visitors to the Club’s homepage and the 2009 International Motor Show (IAA), were requested to cast their votes in Germany’s largest car survey.

In the vote for Germany’s most popular car they gave first place to the Mercedes-Benz E-Class by a wide margin.

This result was duly rewarded with the “Yellow Angel 2010” by Europe’s largest automobile club. This success by Mercedes-Benz was rounded off by a second place in the “Most popular brand” category.

The E-Class embodies fundamental values such as safety, comfort and quality in an exemplary manner. A market share in the premium business saloon segment of around 60 percent in Germany and 40 percent in Western Europe underlines the exceptional status of the E-Class. Last year Mercedes-Benz sold more than 200,000 cars worldwide in the E-Class segment. 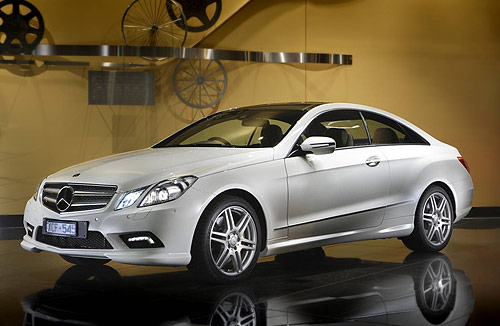 In Australia, the award-winning model achieved a 2009 market share of more than 40 percent – and the car was in the Australian market last year for only six months (it was released in July 2009). In comparison with its rival models, the half-year sales of the new Mercedes-Benz E-Class exceeded the combined full-year sales from BMW, Audi, Lexus and Volvo. Underscoring the new E’s local popularity is the fact it out-sold its Bavarian rival by more than double.

Since its European market launch in March last year, the E-Class has made a huge impression with its dynamic design, innovative technology, exemplary comfort and outstanding economy. This is in large measure due to ten efficient petrol and diesel engines with outputs ranging from 100 to 386 kW.

The E-Class is also equipped with a unique combination of driver assistance systems such as drowsiness detection, Adaptive Highbeam Assist and proximity control with automatic emergency braking in conjunction with the PRE-SAFE® Brake, which is activated when an acute accident risk is detected.

What’s more, the E-Class offers outstanding long-distance comfort. These traits are shared by the other members of the successful premium car family – the E-Class Coupé, the E-Class Estate and the E-Class Cabriolet, which has recently celebrated its world premiere. 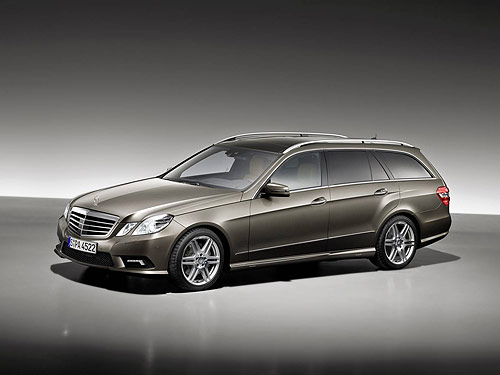 Readers of the German car magazine Auto Zeitung voted it the best luxury saloon, awarding it the Auto Trophy 2009.

In addition, the independent market research institute Bähr & Fess Forecast has determined that the new Mercedes-Benz E-Class will have the highest value retention of any luxury segment model series, with the highest resale value after three years.