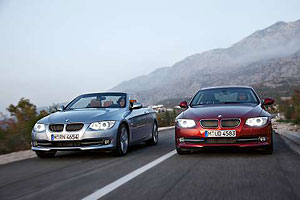 Those sleek lines are hard to ignore and now the BMW 3 Series Convertible and 3 Series are about to become even more appealing.

First images released by the world’s leading luxury manufacturer of the new BMW 3 Series Coupé and Convertible provide an insight into the look of the new class leading models.

At first glance the distinctive changes include design changes to the front, side and rear to give both sporting models an even more dynamic and athletic appearance. 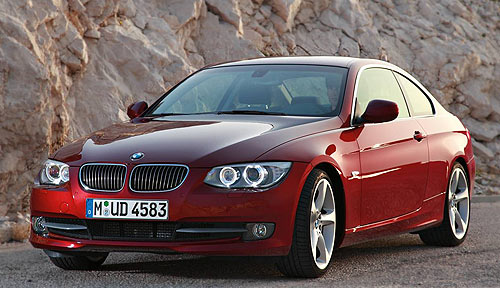 At the front the new BMW 3 Series Coupe and Convertible receive new dual round headlights with light rings and light bars, redesigned front bumper and bonnet, an even greater three-dimensional kidney grille and trim bars in the lower front air-dam finished in silver.

To the side the lower sill has been redesigned and at the rear a newly designed bumper and two piece L-shaped light cluster with new LED-fed lights complete the picture. 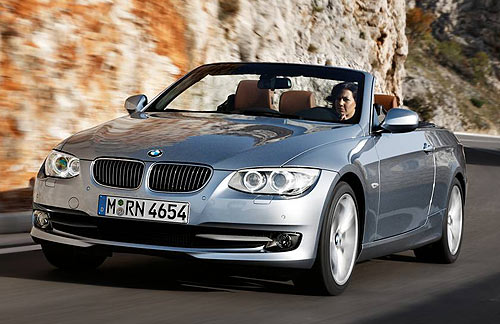 New exterior colours, a modified range of leather upholstery as well as innovative entertainment functions from BMW ConnectedDrive are further highlights offered by the new BMW 3 Series Coupé and Convertible.

The new BMW 3 Series Coupé and Convertible are scheduled to arrive in Australia in mid 2010. Model variants, specification and pricing will be announced closer to launch.