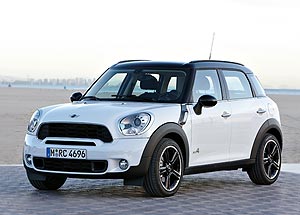 The MINI range is exploding … there’s no other word for it. There’s someone here in the AussieMotoring office who can remember the original Mini … you know … the one with the sliding windows. Back then there was just one Mini … they all looked the same (until the Moke came along) and until the Cooper and Cooper S came along they all performed the same.

Of course that was way before my time … as I keep pointing out to the other person who inhabits our office.

Now of course times have changed … we’ve got Clubmans, Coupes, Cabriolets … that strange Mini Beachcomber … the one that takes our guy back to the days of his youth and a 3 metre surfboard strapped to the roof of his 1966 Mini … and now there’s yet another MINI … the Mini Countryman and it even comes with an all-wheel drive version called the MINI ALL4. Whichever variant you buy of the Mini Countryman that the press people at MINI want to assure you that the MINI Countryman “maintains the go-kart feeling” of all those other versions.

“Go-kart feeling”?? You want to may heaps of dollars for a car that delivers a “go-kart feeling”? Sometimes I worry about the PR people that work in the auto industry.

Anyway lets take a look at this new MINI that they call the MINI Countryman. 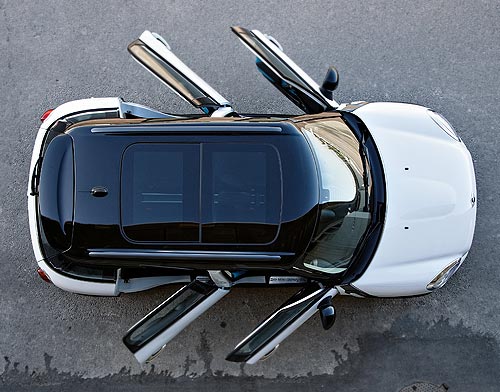 Well not only does it have drive to all four wheels but it also has something else that no other MINI has every had before … four doors. Yep this is a genuine four-door MINI … and it also comes with a larger tailgate too. Of course you can’t really fit four doors and a larger tailgate into the MINI that we’re so used to so the MINI Countryman is larger and comes with more ground clearance too.

Despite making the MINI Countryman larger they’ve still managed to make it look like a MINI. There’s the wheel-on-every-corner design … the big round headlights … those huge wheel arches and the upright tail light clusters. 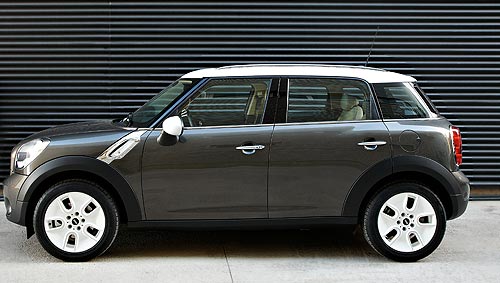 Inside the MINI Countryman you will find that the seating position for the driver and passenger has been raised slightly … a very positive attribute for old Mini lovers who’s hips are starting a get a bit stiff. The are two individual seats in the rear and each comes with fore and aft movement and if you simply must have a bench seat there MINI provide one as a free option. 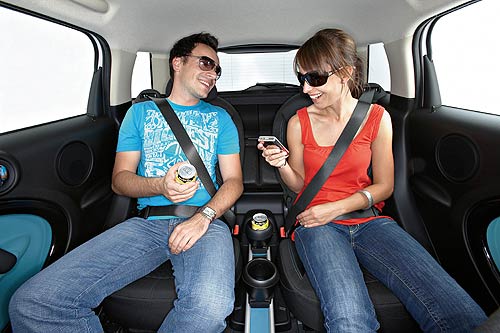 The rear seats … whether it’s the individual seats or the bench seat don’t fold flat but they do fold down to provide added luggage space. With the rear seats in the upright position there’s just 350 litres of storage space and with the rear seats folded down that space is increased to 1,170 litres. Hmmm I wonder what those figures translate into in terms of bales of hay? 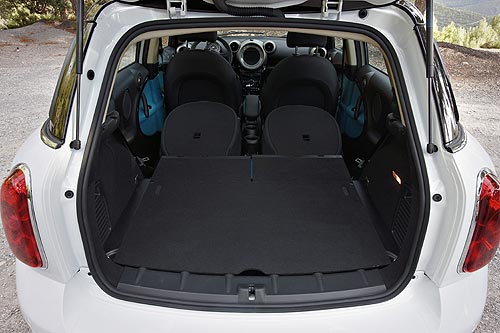 The Mini Countryman will be available with a choice of three petrol and two diesel engines and all of them comply with the latest European emission rules. The power from this range of engines goes from 66k/w in the MINI One D right up to 135kW in the MINI Cooper S Countryman.

The top of the range petrol engine for the MINI Countryman is a 1.6-litre four cylinder version that comes with a twin-scroll turbocharger, direct fuel injection and fully variable valve management. All engines are coupled to a six-speed manual gearbox as standard but there is also a six-speed automatic box availabe for the petrol engines. 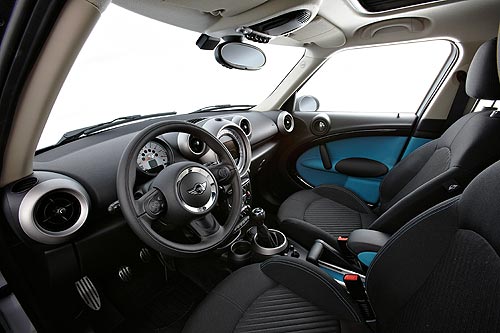 If you really want to get off road in the MINI Countryman then you’re going to need the MINI All4 permanent all-wheel drive variant that’s available as an option in the MINI Cooper S Countryman and the MINI Cooper D models. If you choose this option you get a MINI Countryman that comes complete with an electro-hydraulic differential that’s positioned directly on the final drive. It varies the distribution of power from front to rear in ratios that are continually changing according to the conditions. In extreme conditions up to 100 per cent of the engine’s power can be directed to the rear wheels.

Unlike the Minis of old … back when they were fitted with sliding windows … the new BMW MINI Countryman comes with model-specific features that are exclusive to the MINI Countryman including interior colours, trim strips and upholstery and together they supplement the standard features that include air conditioning and full audio system. 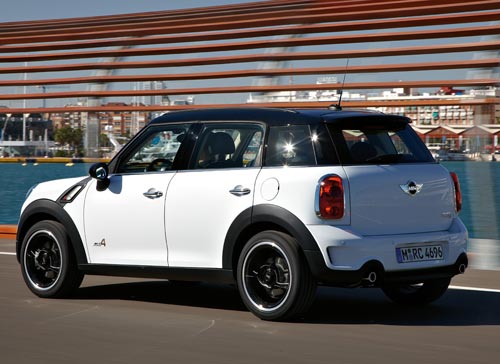 There’s also a wide range of options that all owners to customise their vehicle and they include navigation systems, high-end audio systems, mobile phone interfaces, a sunroof, adaptive headlights, heated windscreens, a towbar (although you would have to wonder whether the MINI Countryman is going be rated to tow anything but the skin off a rice pudding), sports suspension that lowers the vehicle (hmmm why would you want to lower a vehicle that’s meant to be driven off your average road?) and a wide range of John Cooper Works performance bits and pieces.

And that’s what makes up the MINI Countryman … a very interesting development in the ongoing MINI story.

3 thoughts on “The MINI Countryman”