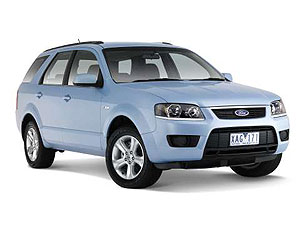 The five-star ANCAP safety rating applies to the entire Territory range from January 2010 production onwards, following the addition of a front passenger Beltminder™ as standard equipment.

The front passenger Beltminder™, along with the driver Beltminder™, reminds both front seat occupants to fasten their seatbelts once the vehicle begins to move.

“The Territory has maintained a reputation as one of the safest vehicles on Australian roads since it was first introduced in 2004,” said Ford Australia President and CEO, Marin Burela.

“It was the first locally-manufactured vehicle to be fitted with an electronic stability control system, as well as side curtain airbags and a reverse camera, while it also boasts an exceptionally strong passenger safety cell.

“This latest safety test result is further validation of the strength of Ford’s continual process of design and engineering improvement, which has also delivered Territory compliance with Euro IV emissions regulations in recent months.”