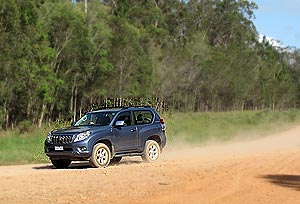 The week with the Toyota Prado 3-door SX wagon certainly went quickly and I had just a twinge of regret as we drove into the Toyota parking lot in Acacia Ridge yesterday.

If you read my first impressions of the Toyota Prado you may wonder why I felt any regret at handing the Prado back but after a week of driving it around town and out in the bush I have to say that I did enjoy being in it.

That’s not to say that I changed my mind about the things that bugged me about the Prado because I didn’t really. Towards the end of the week I was getting the hang of actually getting into the Prado but it still wasn’t elegant.

I was also still finding two doors to be a nuisance when I wanted to recover something from behind the front seats but then I wonder whether five-door version would have been as much fun to drive in the dirt. 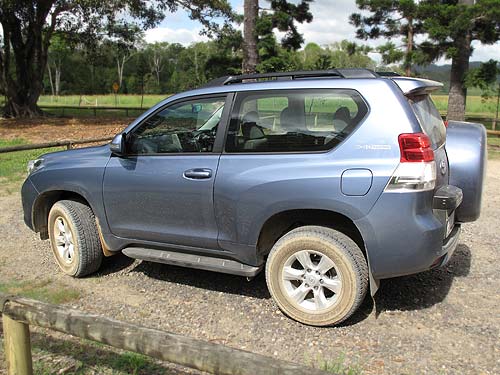 But then there was the handling in the dirt
Stuart had told me that it would stick to the road like glue when we hit the dirt and … well … maybe that was a bit of an exaggeration. It did get a bit skittish on the edges of some heavily rutted roads … but then that was usually on curves … and I was doing something more than 80km/h … and other vehicles on the road were bouncing all over the place.

If you’ve had very little experience of dirt-road driving then the Prado is the ideal vehicle for you. We took it over some rough forestry roads as well as some that were maintained by local councils and it really was very well-mannered … and you certainly don’t have to push it as hard as I was.

The ride on the dirt was good too (perhaps too good because I was having a blast) … even for the passenger. Of course you’re going to feel any potholes but the seats provide plenty of support and you won’t slide around in them. 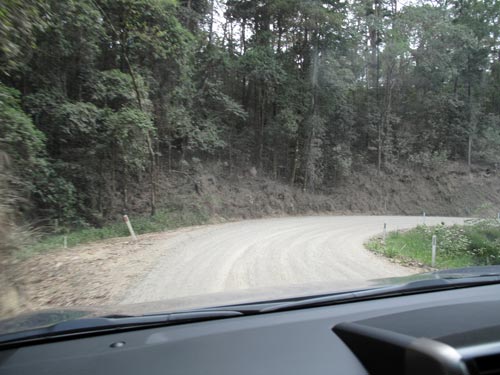 Going downhill in the dirt presents no dramas either. The automatic gearbox shifts down and holds and you can feel it. That’s a reassuring feeling when the bend ahead is tight … the grade is steep and you’ve let it get away from you just a little bit.

Toyota says that the 3-door SX will return a combined consumption figure of 8.3L/100km and that may be so but according to the onboard computer I was achieving 8.2L/100km on the dirt and driving through Brisbane on the way back to Toyota the computer was telling me I was getting 7.0L/100km. I was driving at traffic speed and not using any special driving technique to get those figures.

With the crazy fuel prices that we’re experiencing here in Queensland at the moment and the fuel consumption figures that we achieved it means that the heavy Prado is cheaper to run than my relatively light 2000 Honda CR-V. 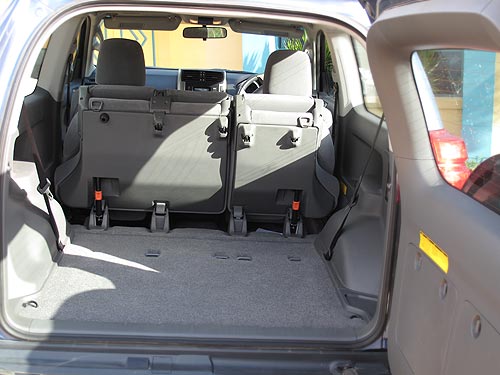 Luggage space and rear seats
I have to say that there’s not a huge amount of space in the back if the rear seats are in the upright position. However it’s easy to tumble the back seats forward and that certainly does increase the space.

What I didn’t find easy was pulling those seats back to the upright position. It’s not impossible but it did take a lot of effort.

So would I buy one?
Even though I was really enjoying driving the Toyota Prado 3-door by the time it had to be returned there’s no doubt that it doesn’t fit my/our current lifestyle. However, if we were about to retire and wanted to go travelling the Toyota Prado SX would definitely be on our short list.

I don’t think I’d even be tempted to pay an extra $10,000 to upgrade to the top-of-the-range ZR three-door … the base-model SX does it all very nicely.