If, like me, you’ve ever had the urge to slip into the driver’s seat of classic Falcon GT you could have your chance this coming Monday … although you’re going to need a pretty healthy bank balance to make your dreams come true.

Classic GT enthusiasts will be drawn to a one-owner XW GT sedan that was delivered new through New Oakleigh Motors in May 1970.

The purchaser’s father was a test driver for Ford Australia at the time and after testing the car at the company’s Proving Ground near Geelong earmarked the Grecian Gold vehicle for his son to buy because of its exceptional performance.

Offered registered with its original black and white Victorian number plates, the GT has been modified to run on premium unleaded petrol and comes with a supply of parts required for normal servicing, as well as spare decals. 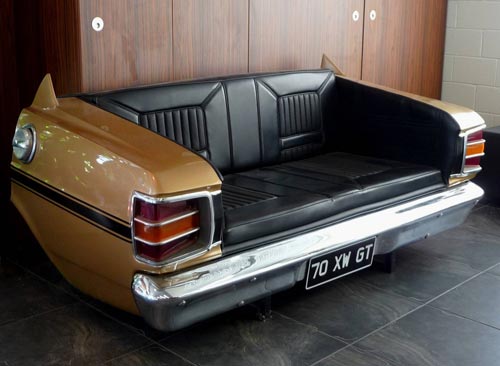 And to add further comfort to the deal, the vendor will through in a unique ‘couch’ shaped in fibreglass like the boot of an XW GT Falcon and featuring the same Grecian Gold and black trim colour combination of the real GT.

Buyers wanting the kudos of a Falcon GT combined with modern comforts and driving dynamics will be interested in the 1997 EL Falcon GT that is expected to sell for $22,000-$28,000. 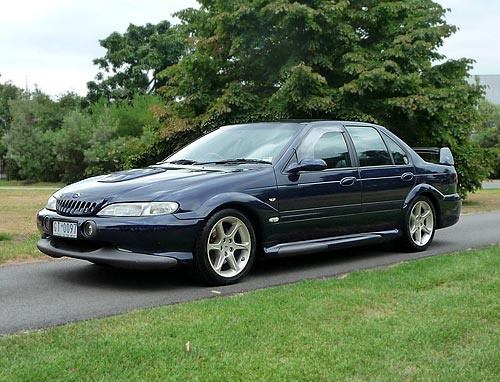 Powered by a Windsor 5.0 litre V8 pumping out 200kW, the EL GT featured lowered and stiffened suspension, a full leather interior and assorted wings and scoops to ensure it could not be mistaken for anything else but a ‘GT’.

Pent-up demand and the limited build ensured the model was an instant sell-out, with new examples offered for sale at up to $20,000 above the $69,500 recommended retail price.

Despite its performance, the EL GT came fully loaded with creature comforts, such as climate control air and power-operated everything, including a sophisticated ‘Premium’ 250-watt sound system.

This one-owner vehicle was a daily driver for the vendor from 1997 until 2004, after which it was used sparingly as a weekend recreational vehicle. The odometer now shows 120,502km. 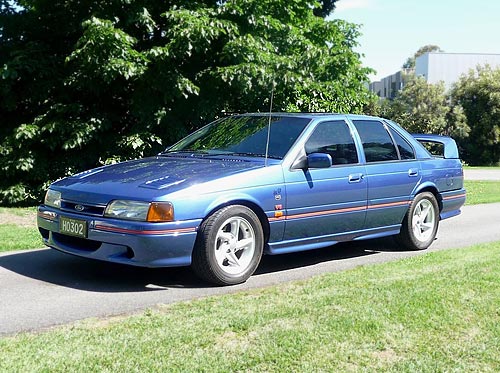 This rare and potentially collectible Falcon started life as a Falcon S Pack sedan before being delivered to Phase Autos early in its life.

This EB-HO has also been fitted with a two-way electric sunroof, tinted windows, power steering, air conditioning and a MOMO steering wheel.
The personalised number plates HO 302 remain with the vehicle.

The three Falcons are amongst 52 cars and motorcycles and 20 items of automobilia in the Shannons Autumn Auction.

All lots can be viewed over the weekend from 9am-5-pm Saturday and 10am-4pm Sunday at Shannons Showroom, 321 Warrigal Road, Cheltenham.