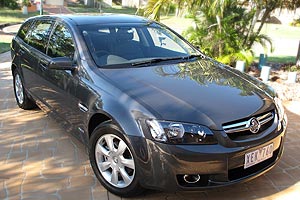 We picked up the Holden Berlina Sportwagon at lunchtime yesterday so as I write this we’ve had it for just 24 hours. In that time we’ve already put almost 400km on the clock … it helps to be have a four hour drive just to get any test vehicle back to our office.

So what are our first impressions?

Well for my part I am impressed. This is a solid vehicle that is easy to drive, comfortable to sit in for long distances and has a suspension that can handle some of the very rough surfaces that are called highways in this part of the country.

I wouldn’t exactly call this a sports wagon despite the name but it certainly has plenty of power and it handles tight curves well at full road speed. One of our favorite spots to check the handling of a vehicle is a section of main road that runs east from Gympie, the surface is good and the curves are fairly tight. 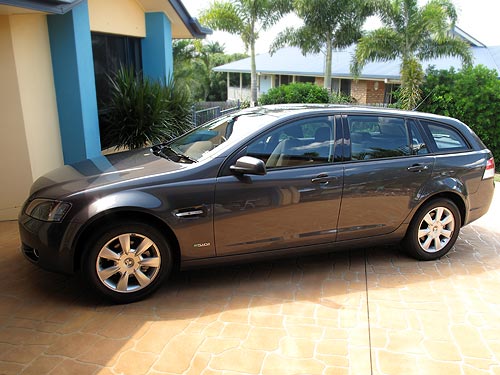 The Berlina handled those curves at 100km an hour (the legal speed limit) with very little body roll and it wasn’t until I glanced in the rear view mirror and saw how far away the rear window was that I remembered that I was driving a wagon and not a sedan.

I was also impressed that despite having over 12,000km on the clock it was rattle free. 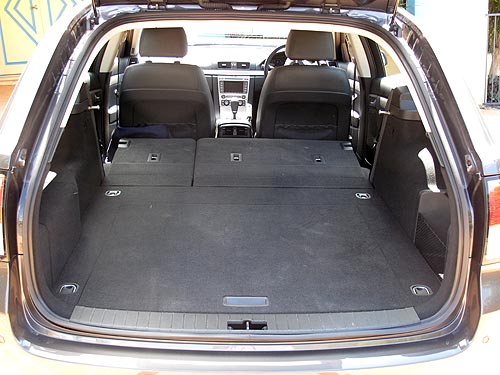 As you can see from the photo of the luggage space it can certainly swallow quite a load when the rear seats are folded down. With those seats down it has 2,000 litres of space for you to fill up.

Folding down the rear seats in some vehicles can be quite a chore but the procedure to fold those seats in the Sportwagon has to be one of the easiest I have ever encountered. Push a button … a light tug on the back of the seat and it folds down flat. You don’t have to worry about getting seat belts out of the way or moving the front seats forward to achieve a flat fold … there’s just none of that.

Putting the seats back into the upright position is just as simple and just as easy and requires very little physical effort. 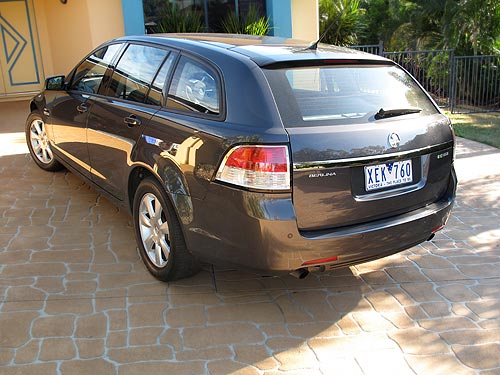 While the steering was a little heavier than our small SUV (as I expected that it would be) Toni thought that it was much lighter than the steering on the Falcon wagon we have down at the office … a vehicle I rarely if ever drive. Toni is recovering from shoulder surgery and had none of the trouble with the Sportwagon that she has when trying to park the Falcon in a car park.

The Holden Berlina Sportwagon is with us till next Thursday and we’ll back with our full reviews then.