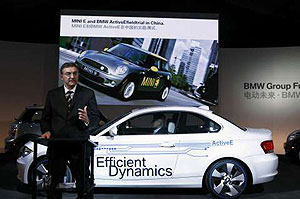 The US military is predicting that the world will be experiencing a fuel shortage by 2015 so this new vehicle, under development by BMW and due for release in 2013 is definitely a car for the times.

But while other manufacturers are thinking small … perhaps right down to micro … for their city vehicles BMW sees things a little differently.

The BMW Megacity Vehicle will be BMW’s first series-prodcution electric-drive model to hit the market. “With this innovative vehicle, designed from the ground up, we will be creating new benchmarks for electric mobility from 2013 on. Our Megacity Vehicle will be significantly lighter than conventional cars and, in terms of sustainability, will set a new standard across the entire value-added chain,” said Norbert Reithofer, Chairman of the Board of Management of BMW AG, on Thursday ahead of the Auto China 2010 show in Beijing. 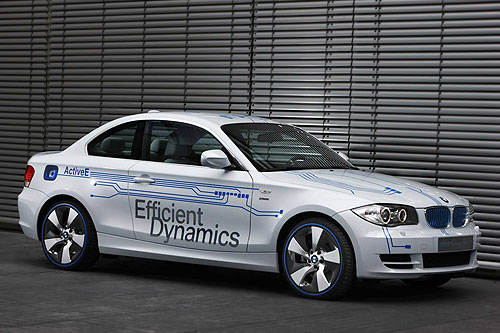 The Megacity Vehicle will be a zero-emission urban car for the world’s metropolitan regions. It is currently being developed as part of project i and will be available from 2013 under a sub-brand of BMW. When it comes to the choice of materials, the company is broaching entirely new territory. This is because weight plays a pivotal role in the range achievable by electrically driven vehicles. The ultra-light yet high-strength composite CFRP (carbon fibre-reinforced plastic), for example, plays a significant part in the materials mix. 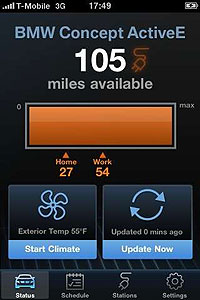 “This vehicle will radically alter the motor industry as we know it. The BMW Group is currently the only company that will be launching a volume-production vehicle on the market that features carbon fibre-reinforced material,” explained Reithofer. “We were among the first manufacturers to pick up on the trend towards electric mobility and to act accordingly. More and more people around the globe are very keen on electric driving. Research shows, moreover, that more than half of the population around the world already live in conurbations,” Reithofer added.

The BMW Group has been gleaning insights into the day-to-day use of electric vehicles since mid-2009, when it launched a global field test involving more than 600 MINI E models. During the test phase some 50 MINI E cars are also being delivered to customers in China in 2010.

“I am convinced that our Chinese clients will show the same enthusiasm for the vehicle as MINI E drivers in Germany, the USA and Britain,” emphasised Reithofer. 2011 will see the handover to Chinese customers of a further fleet based on the BMW Concept ActiveE. The renowned China Automotive Technology and Research Center (CATARC) and the state-owned energy supply company State Grid are involved as partners in the preparation, implementation and assessment of the practical use of these vehicles. The project has the backing of both the Chinese and the German governments.

The results will filter into the development of electrically powered vehicles for the Chinese market. “In the future we will also be offering a New Energy Vehicle in China. This will be developed and produced locally together with our joint venture partner Brilliance,” stated Reithofer.

BMW gathered its first experiences with electric-drive vehicles some 40 years ago courtesy of a modified BMW 1602 that led the long-distance walking and marathon running events in the 1972 Summer Olympics. In subsequent decades this alternative drive technology was further pursued using many mobile test beds, including the revolutionary BMW E1.