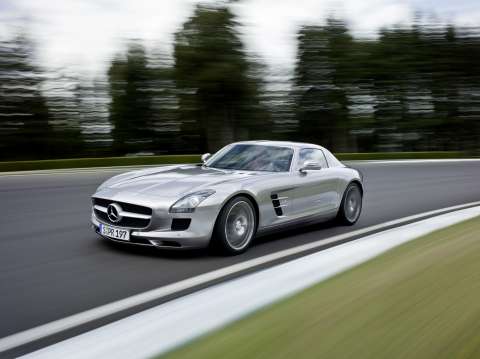 Back in December we had a glimpse of the Mercedes-Benz SLS AMG Gullwing. At that time the vehicle was still so new that there was no indication of just when the car would be arriving in Australia … or how much it would cost.

Of course that didn’t stop Australian enthusiasts from putting their names in the order book and Mercedes-Benz now says that 40 orders have already been “locked-in” and there’s still plenty of interest from others too.

It’s hoped that the Mercedes-Benz SLS AMG Gullwing will reach Australia in August and the price has now been announced … a cool $464,000 plus on-road costs.