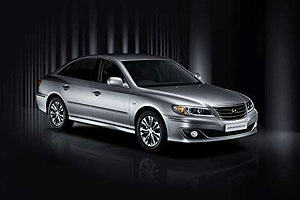 The 2011 Hyundai Grandeur is out in the showrooms and you’re going to find that it’s a little longer, looks a little different and has some interior updates too.

On the outside the new Grandeur sports a new radiator grill, black bezel headlights and a black-mesh air dam between new front fog lamps.

The rear-view mirrors now include an LED turning indicator and puddle lamps that turn on when the vehicle is unlocked via the remote. and the 20011 Grandeur now rides on new seven-spoke alloy wheels.

At the rear there’s a new rear-combination lamp and the twin exhausts are now part of the rear bumper.

The 2011 Grandeur now rides on new seven-spoke alloy wheels and the overall length of the new Grandeur has been increased by 15mm.

On the inside the centre console has been revised. 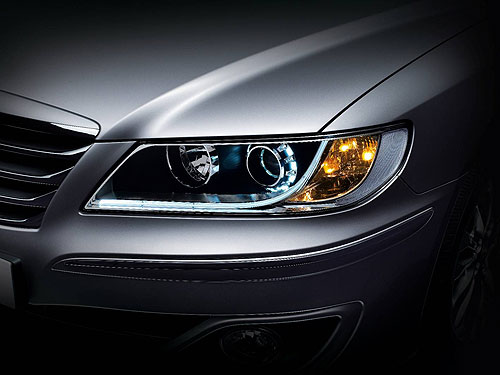