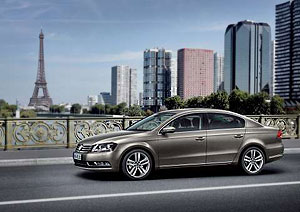 Volkswagen is claiming a new world record for the longest distance driven on one tank of petrol. It seems that VW have been able to coax 2,449.6km out of a Passat BlueMotion sedan.

The vehicle that set the world record was a production model fitted with a stock 1.6-litre common-rail diesel engine and all the BlueMotion goodies that include aerodynamic modifications, programmed battery charging, a longer gear ratio and low resistance tyres.

It’s obviously not something that you or I could expect in stop/start city driving … or even out on the open road … but it does show that VW have what it takes to deliver better fuel economy with their range of vehicles.