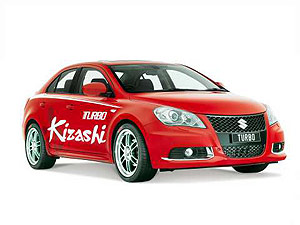 While most concept cars are way out there in looks and technology Suzuki’s Concept Kizashi Turbo is a little less way out there and certainly something that we could soon be able to get our hands on.

Obviously the Concept Kizashi Turbo is based on Suzuki’s latest sedan and Suzuki has always known that the Kizashi chassis could handle a lot more power than what the current Kizashi delivers so they decided to explore the possibilities with Road Race Motorsports in the United State.

The result was a vehicle that comes with a new high performance engine and some new looks as well. 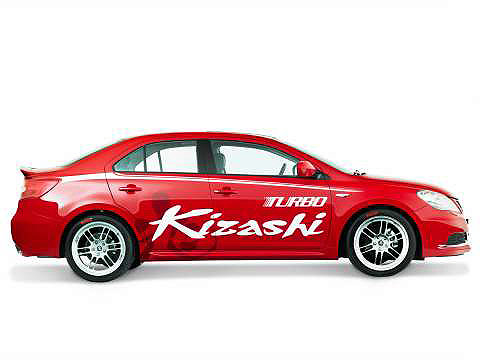 That new high performance engine delivers 40 percent more power than the naturally aspirated Kizashi and to cope with all that power a front strut brace has been added for increased rigidity … the body has been lowered … and the brakes uprated.

The Concept Kizashi Turbo will deliver 179kW of power at 4,800rpm and 330 Nm of torque at 4,400 rpm. The turbo-charged and intercooled JB24 2.4-litre four-cylinder engine is coupled to a six-speed manual gearbox.

If the Concept Kizashi Turbo goes into production it’s going to take Suzuki into the medium car performance market. 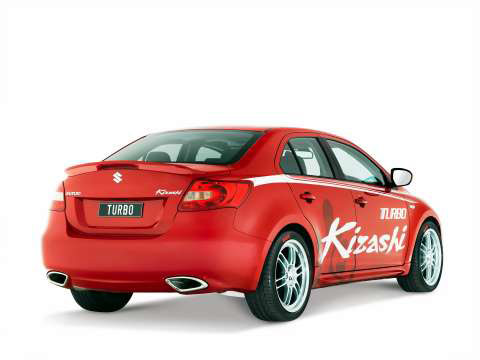