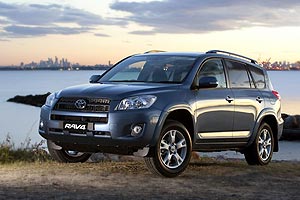 Month after month we read that Toyota has been the best selling automotive brand in Australia … they simply go on selling more vehicles than anyone else … but what does that mean in real terms. Just how many vehicles does Toyota sell and what sort of lead does it have on its competitors?

Well in October … a month when vehicle sales showed signs of slowing … Toyota sold 16,329 vehicles … a whopping 60 percent more than any other company.

The HiLux was the company’s best-selling vehicle with 3,001 registrations, followed closely by Corolla with 2,803.

In the popular SUV market, Toyota’s RAV4 and Kluger were ranked first and second in sales, with Prado in fourth position.

So far this year, Toyota dealers have delivered almost 174,000 vehicles – a lead of more than 62,000 over the nearest rival.