Skip to content
1 Comment on Another Good Month for HoldenPosted in Holden By Stuart LiveseyPosted on November 4, 2010September 14, 2018Tagged Holden, Holden sales figures 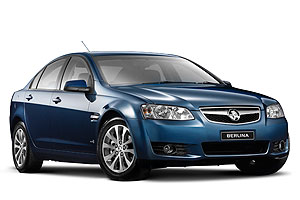 Once again Holden has come in second in the monthly new vehicle sales figures with 9,956 new vehicles sold during the month.

“October was the first full month of VE Series II sales and the new technology and styling changes have been embraced by buyers from Omega to Caprice V,” Mr Elsworth said.

He said while Commodore accounted for just over half (51 per cent) of the large car market, Holden was also seeing steady growth in its small car sales.

Barina continues to be a popular and affordable choice for small car buyers. With 1071 sales this month Barina had its best October result since 2006, boosted by the all-new Barina Spark which sold around 300 units since launching at the Australian International Motor Show.

“Holden’s small cars are proving a real strength for the brand with Cruze again among the top 10 highest-selling vehicles for the month with 2135 sales in October.”

Mr Elsworth said Holden’s small car portfolio would also continue to expand over the next 12 months, to include an all-new Barina and the localised Cruze and Cruze hatchback.

Year-to-date Holden sales are up 15.3 per cent giving it a market share of of 12.9 per cent for the year.

Another Good Month for Holden