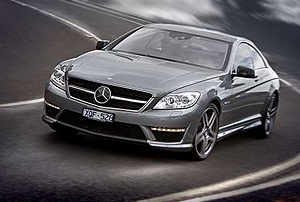 But then Mercedes-AMG is committed to reducing fuel consumption and emissions and it’s done that with the 5.5-litre V8 biturbo Mercedes-Benz CL 63 AMG. They also happen to have produced one very sleek looking coupe that will make anyone who has the slightest interest in cars go just a little weak at the knees. 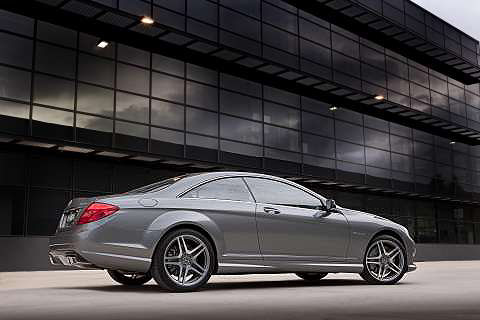 Engine and transmission
To achieve more power and better fuel consumption Mercedes-AMG have produced a new engine that combines spray-guided direct petrol injection with biturbocharging and a stop/start engine system. They have then combined that engine with AMG’s unique Speedshift MCT 7-speed sports transmission and popped it into the new CL 63 to produce a car that develops 400kW of power and 800Nm of torque but only has a combined fuel consumption figure of 10.6L/100km. 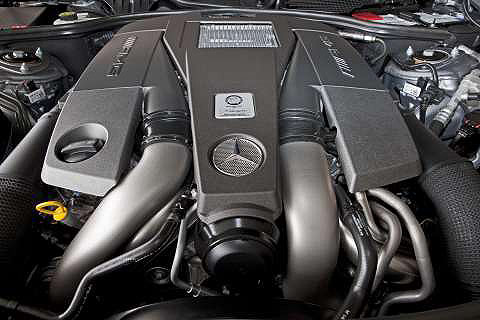 It will also do 0 to 100km/h in a breath-taking 4.5 seconds and is electronically limited to ensure that you don’t do over 250km/h in it.

Much of the transmission and turbo technology included in the new CL 63 has been carried over from the E 63 AMG and includes a “C” mode for stop/start city driving. Not only does the engine switch off when the vehicle is stopped in traffic but when it’s time to move off the transmission selects second gear rather than first to further improve the fuel consumption.

The body and safety features
Just in case passers-by miss the fact that you’re driving something very special just by the very shape of the CL 63 AMG “V8 Biturbo” lettering is emblazoned on the front mudguards. 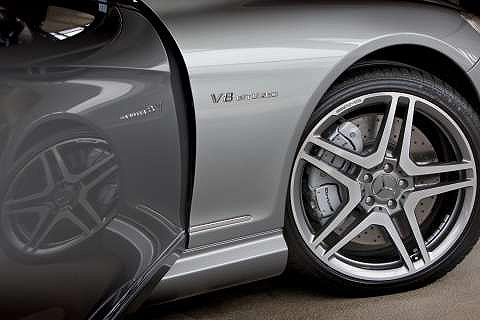 The CL 63 AMG rides on sports suspension based on Active Body Control that now incorporates crosswind stabilization and the affects of strong gusts of wind are compensated for by adjusting the wheel distribution within milliseconds using the yaw-rate and lateral acceleration sensors of the electronic stability control programme. 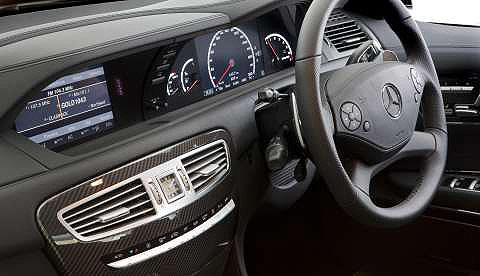 Other safety features include the Mercedes-Benz Direct-Steer system and Torque Vectoring Brake stabilization. This combination ensures a more direct response when cornering and more responsive handling.

New standard features include Active Lane Keeping Assist and Active Blind-Spot Assist. The blind-spot feature warns the driver by displaying a red warning in the glass of the relevant exterior mirror when it detects that changing lanes would be too dangerous. If the driver chooses to ignore the warning and attempts to change lane despite the close proximity of a vehicle in the adjacent lane the Electronic Stability Programme applies the brakes to prevent an accident. 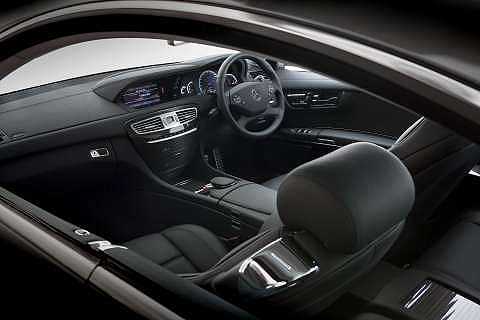 As you would expect the CL 63 AMG comes equipped with just about every creature comfort you could wish for in a car including 12-way adjustable seats with memory and massage functions as well as Neck-Pro luxury head restraints, seat heating and ventilation

For the driver there is a wood-trimmed dash in your choice of three colour combinations. The steering wheel incorporates a number of multifunction buttons that allow the driver to call up various pieces of data that are then displayed on the dashboard. 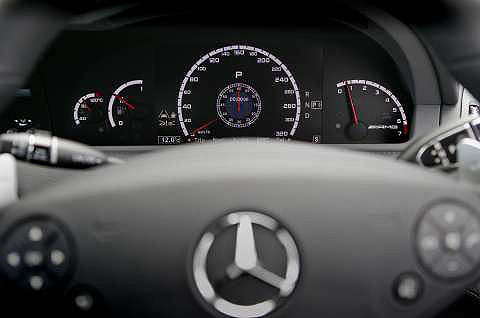 The dashboard also displays relevant information for those who want to drive with economy in mind. For those who want to race their CL 63 AMG there’s a race timer that allows the driver to calculate lap times and despite the fact that the CL 63 AMG is electronically limited to 250km/h the speedo will display speeds of up to 320km/h.

Price
The Mercedes-Benz CL 63 is undoubtedly a stunning car and you can expect to pay a stunning price for such a beautiful piece of machinery … and you will pay such a price. The manufacturer’s list price (that includes GST but not dealer delivery charges or any on road costs) is $423,300