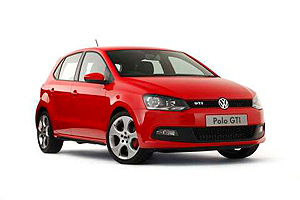 Volkswagen has launched the new Polo GTI onto the Australia market and with 132kW of power from a twin-charged 1.4-litre engine this Polo GTI is sure to make an impression.

Not only does the new Polo GTI have power but it also has fuel economy and a reduction in greenhouse gases compared to the previous model to make it even more appealing. VW says that the latest Polo GTI will deliver a combined cycle of 6.1L/100km and pump out the equivalent of 142g/km of CO2 and it will do all that while blasting from 0 to 100km/h in just 6.9 seconds.

VW has achieved figures like that by building a car that weighs just 1,189kg, adding turbocharging and supercharging to the direct-injection 1.4-litre four-cylinder engine and coupling that to a 7-speed direct-shift, dual clutch gearbox.

As you would expect power to the road goes through the front wheels and with all that power you would also expect to encounter a considerable amount of understeer but VW have fitted an extended electronic diff lock to the Polo GTI that reduces the car’s tendency to understeer through high-speed curves.

The new Polo GTI is available in three and five door versions and both versions ride on 17 inch alloys. 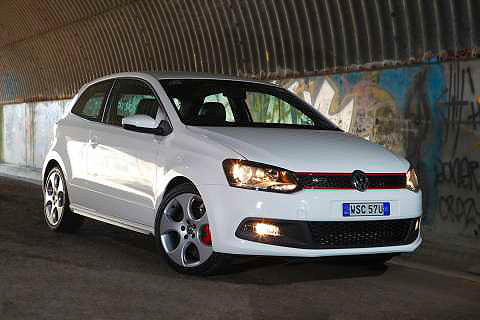 The list of standard equipment on the Polo GTI is quite impressive and they include electric windows, heated electric side mirrors, air conditioning, remote central locking and front fog lights.

Bi-xenon headlights with static cornering lights and LED daytime running lights are an option as is an anti-theft alarm system and leather upholstery.

The dual clutch gearbox
Driver control for the gearbox is via the normal floor-mounted gear selector and two paddles mounted on the steering wheel and the box can operate in direct-shift or fully automatic mode.

Clutch one handles the odd numbered gears while clutch two handles the even numbered gears and reverse gear. VW says that this gives the Polo GTI a smoother gear change for there are no gaps in propulsion as there usually is in a normal automatic gearbox/clutch set up as box moves from one gear to the next.

Included in the gearbox are two drive shafts and three final drive shafts and when these are combined with the Polo’s electro-hydraulic transmission control the vehicle can be operating in one gear while the next higher gear has been selected by the system and is active but not engaged.

With this system the ideal shifting point is identified and when reached the clutch for the lower gear closes as the clutch for the higher gear opens. It all happens in a few hundredths of a second and there is no noticeable drop in engine revs. 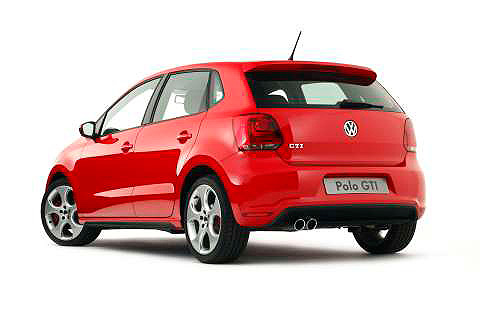 Prices
As you would expect for a hot and high-tech vehicle like the new Polo GTI we’re not going to be talking about prices under $20,000 although the prices aren’t going to be as high as you might expect.

The new VW Polo GTI is certainly a neat looking car for anyone who wants performance and economy and wants something a little different from the usual cars in this class.